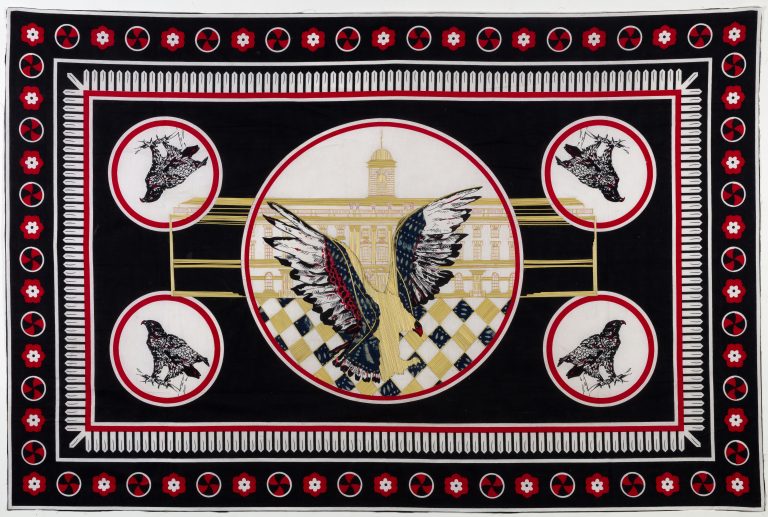 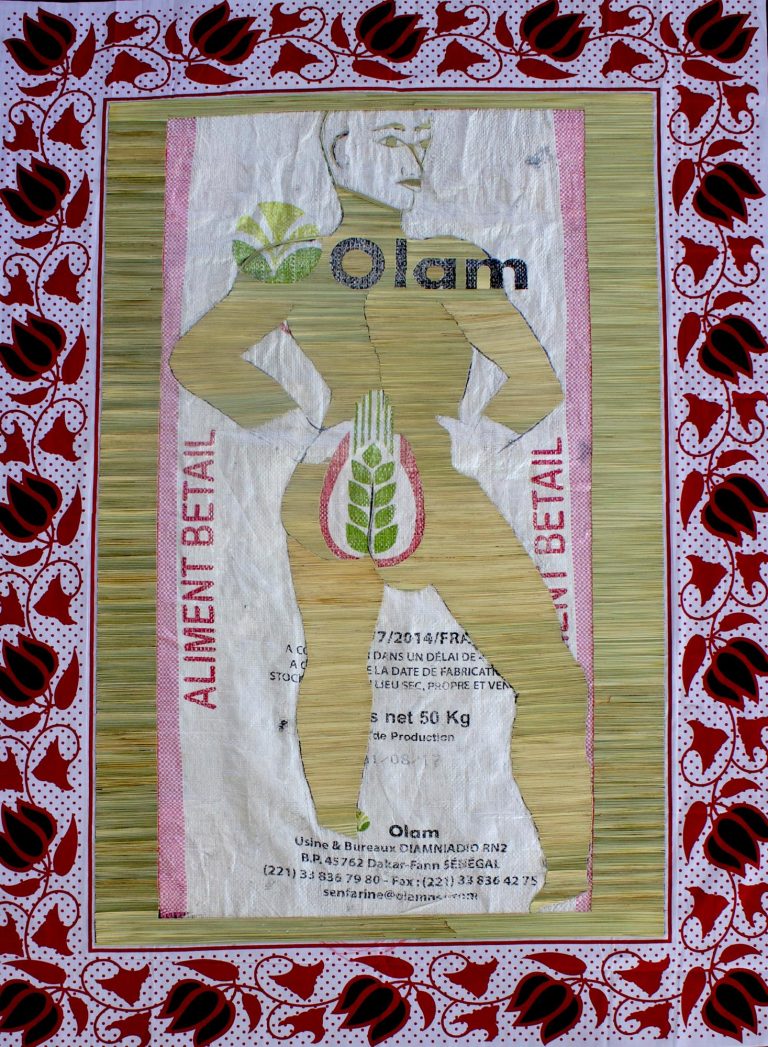 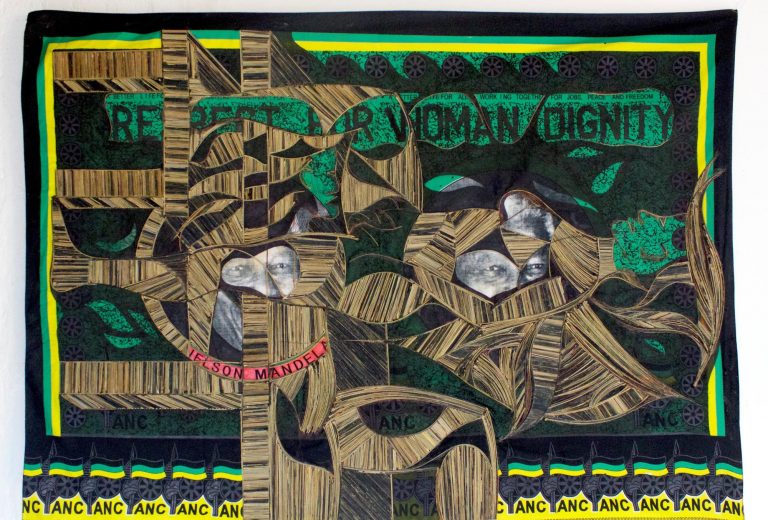 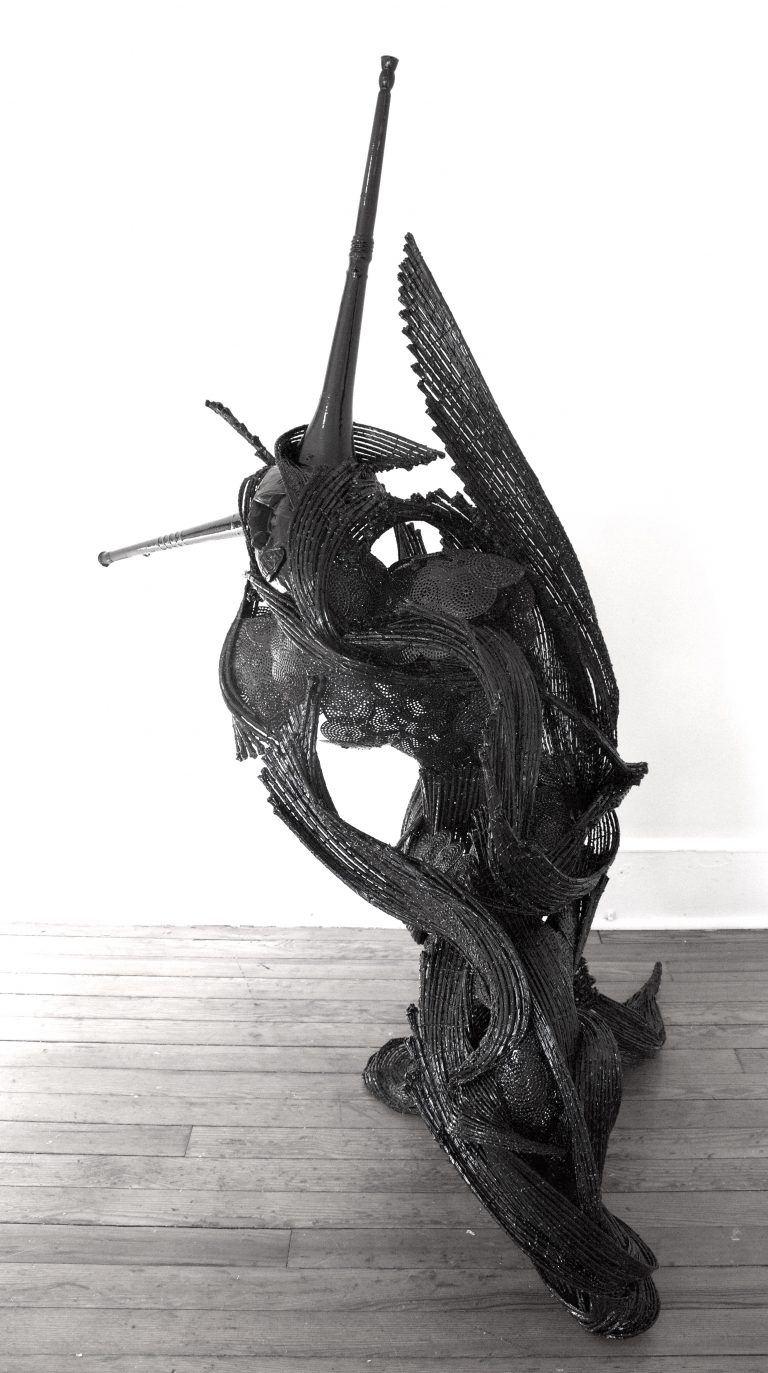 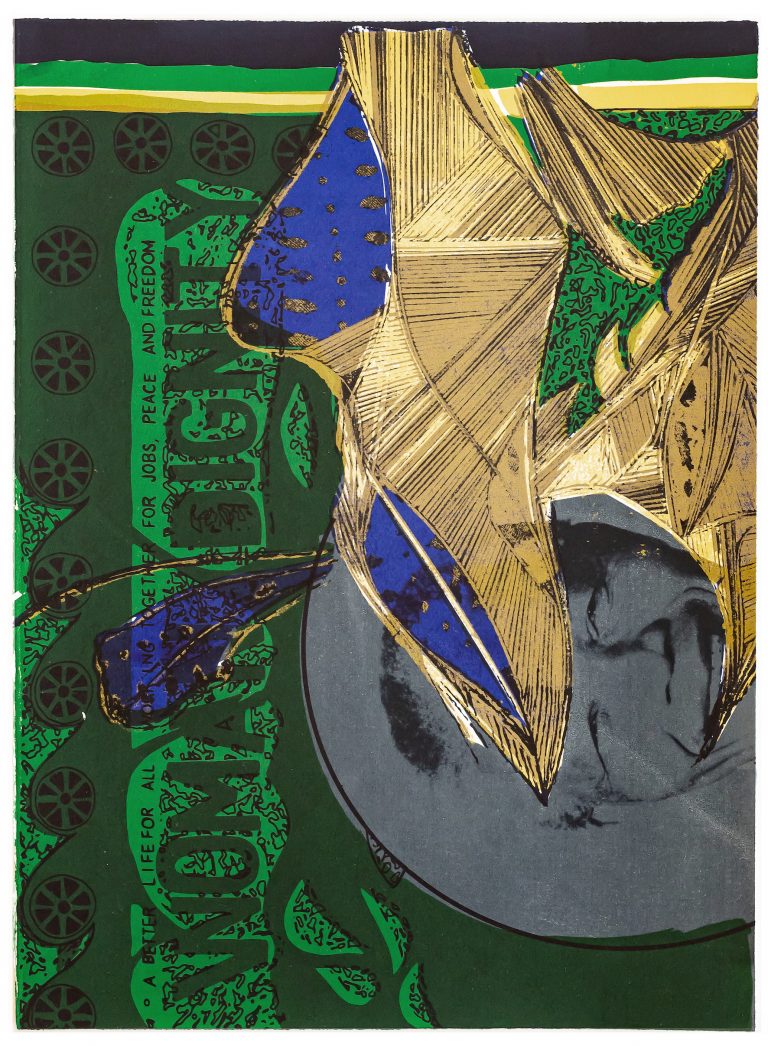 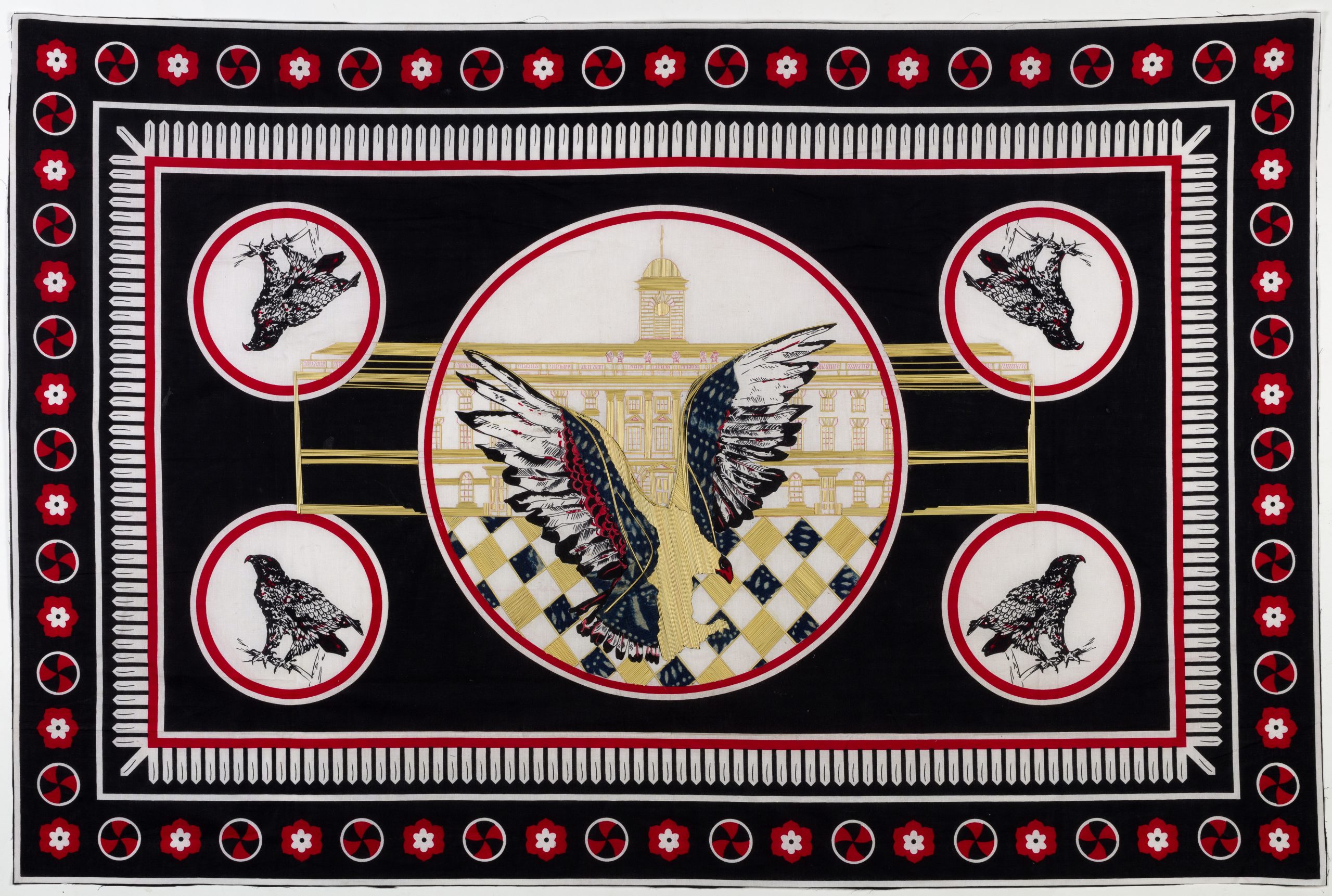 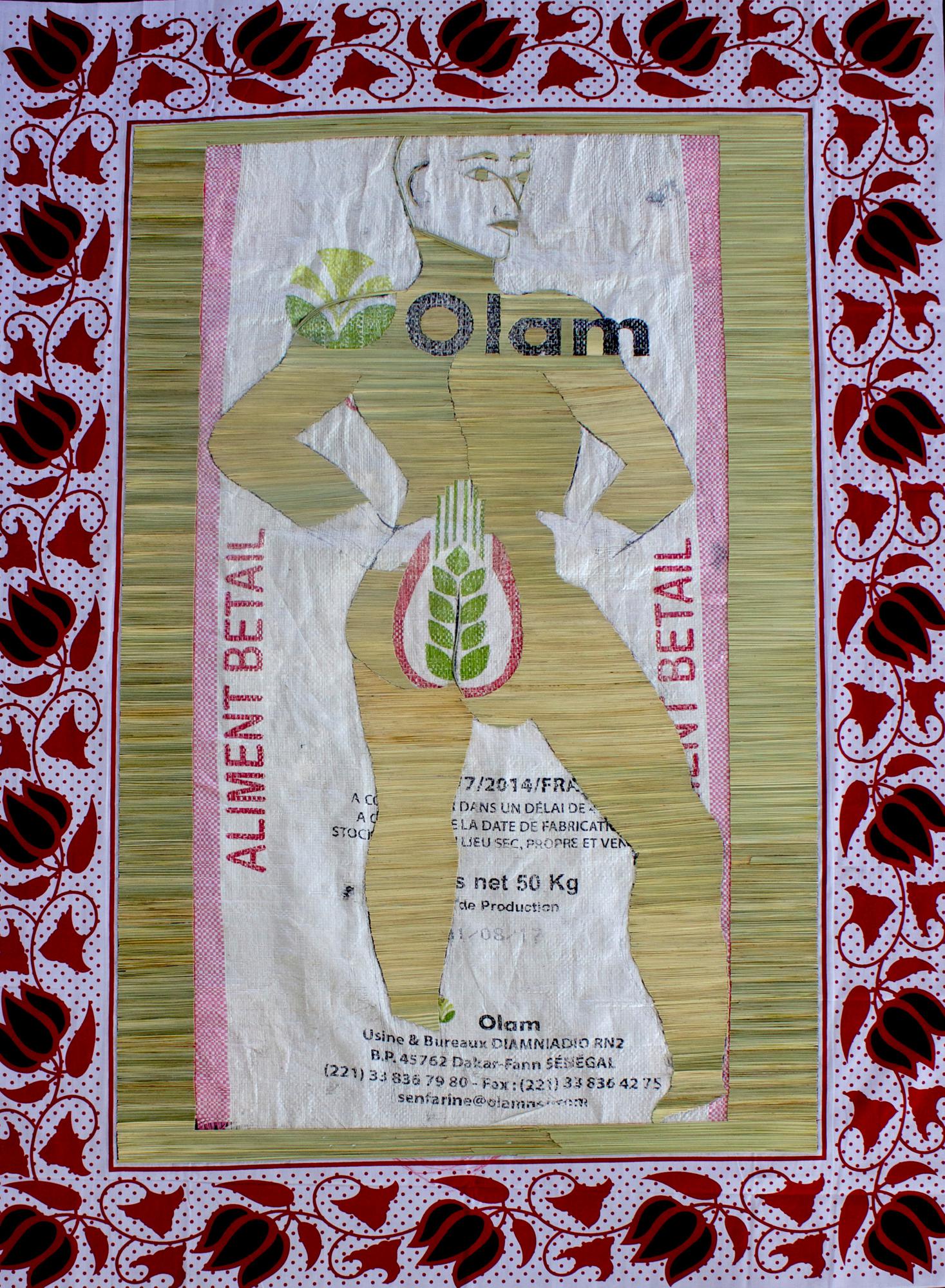 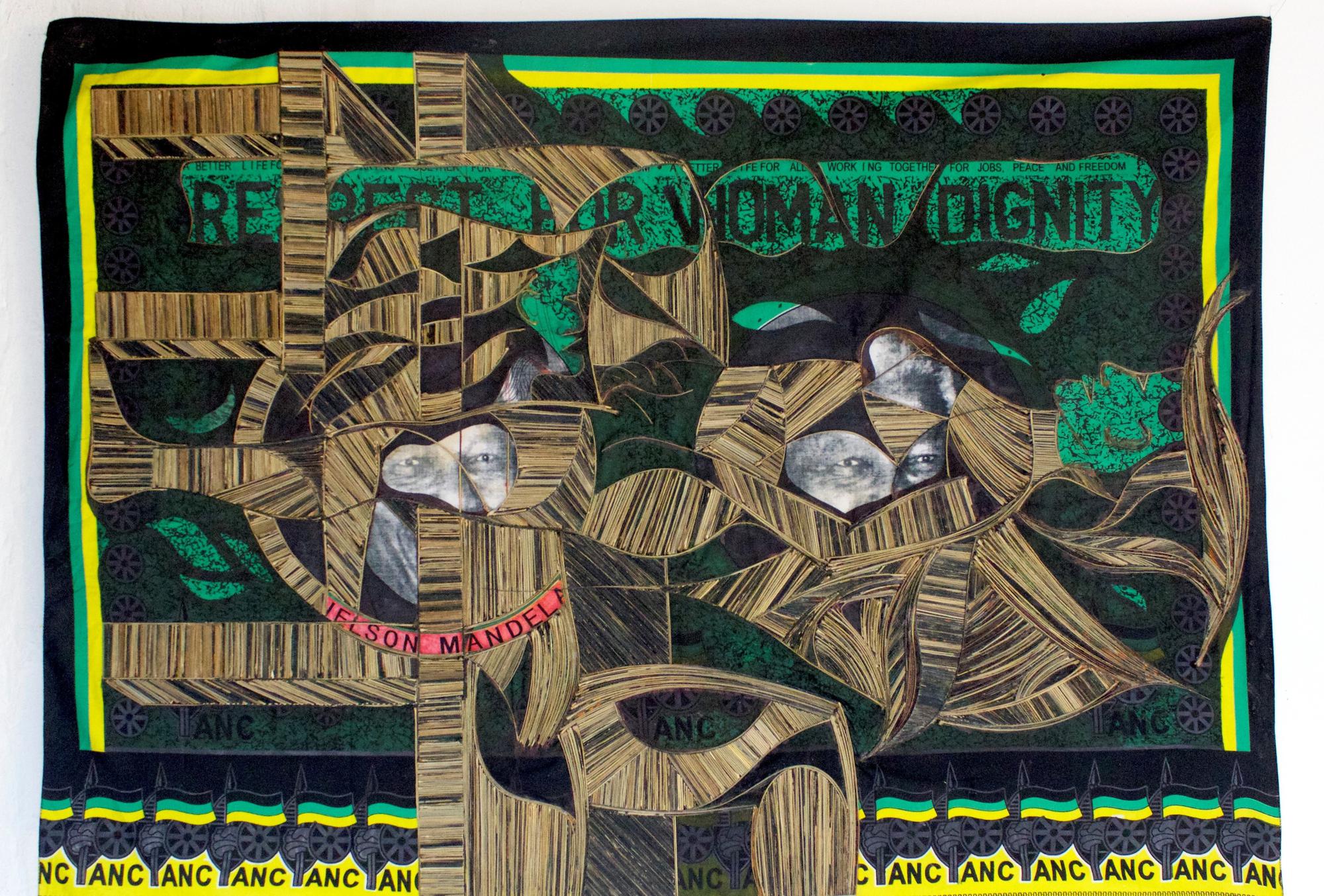 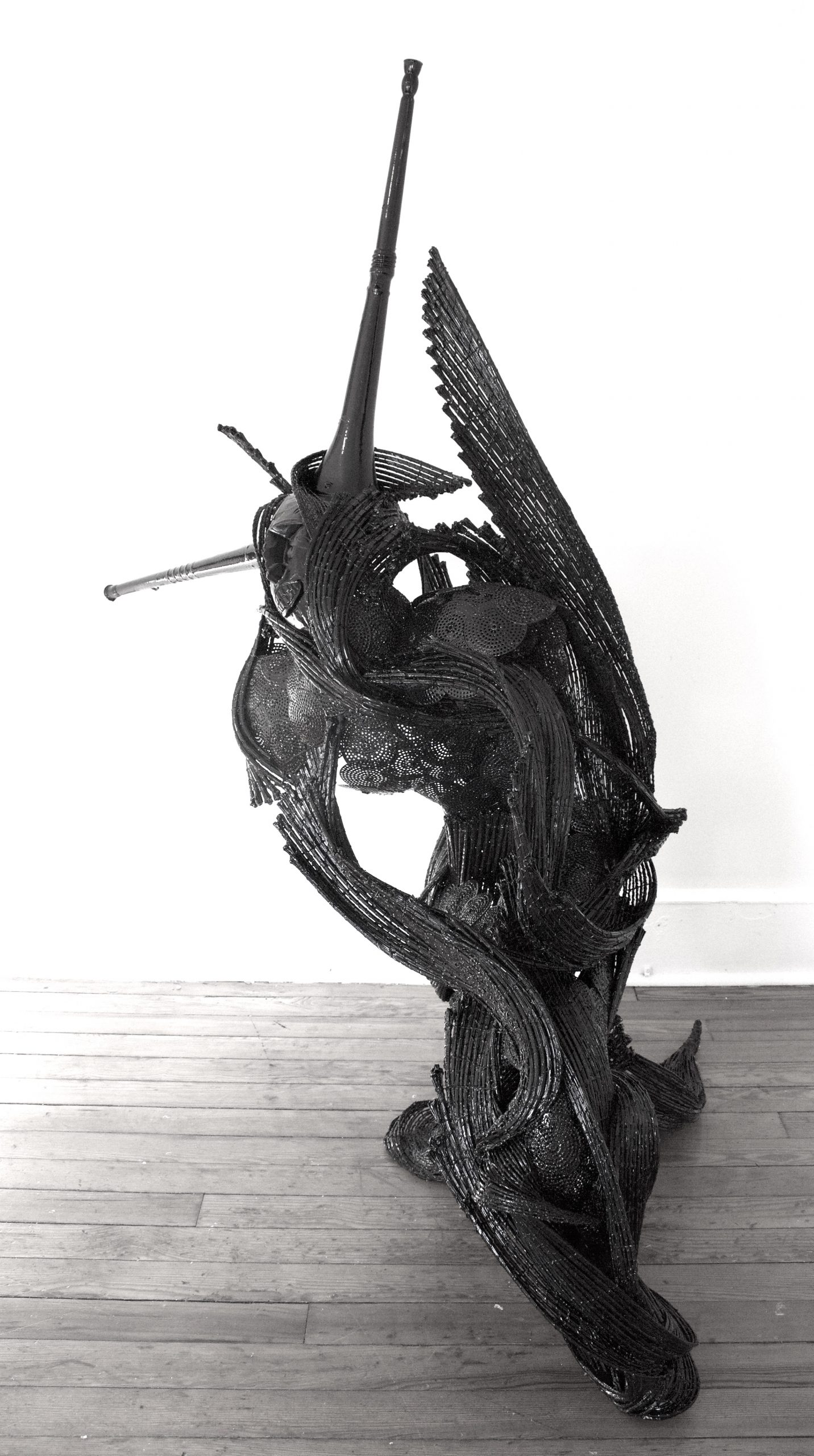 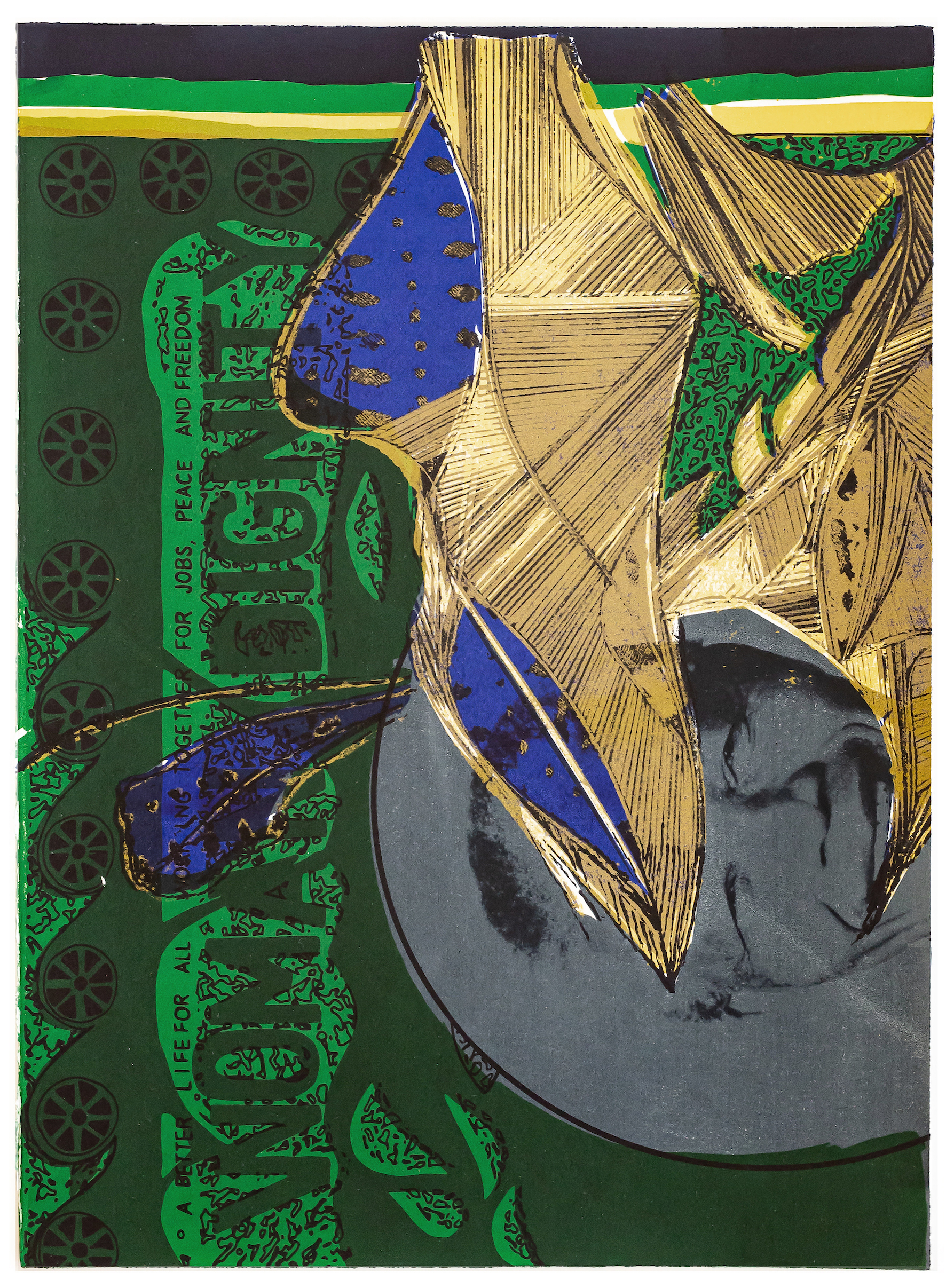 Love Warrior: Eagle is a self-portrait of my “animal self” – the inner subconscious desire to ‘fly’ – to serve and protect at higher levels. A characteristic trait I have found consistent towards my own self in the search for deeper awareness, but also towards individuals and communities marginalized due to their identity who are close and dear to my heart. A sense of loyalty and devotion but also, a spiritual calling to Heal. The Eagle blends/lands on a platform/environment almost as a camouflage. While the background sets the stage for free movement, improvisation and winged-dance, the architecture of Somerset House simultaneously invites discourse on the post-colonial vision(s) of Africa. Whereby The West was historically viewed as the “saviour” of the “Dark Continent” – Love Warrior: Eagle suggests that all Africans could look themselves in the mirror and take responsibility to envision brighter futures and a more progressive humanity.

While I proudly identify as a woman my psychic state-of-mind is often quite masculine – see “Olam (Male Nude) Psychic Self-Portrait.” In the queer community, alternate gender terms and different pronouns are used to accept and appreciate one’s two-spirit essence and to clearly communicate said emotions to others. Ihiya cloth is commonly used among Sangoma initiates and elders – a spiritual rite of passage which involves connecting deeply with one’s ancestors, especially among the Xhosa in South Africa. My practice is similarly a spiritual/ancestral call to move through and beyond, and enter the “other/ higher side” of clear consciousness. The appropriated “Olam” corporate logo – a Senegalese based grain manufacturer – calls into discourse the condition of same-sex identity/love within the country.

Formerly “Respect For Human Dignity” the fabric is transformed to read and emphasize RESPECT FOR (W)OMAN DIGNITY in the work “Vaginal Panadol,” alongside images and other background text serving as reminders of the legacy of Nelson Mandel towards a progressive South Africa via formation of the ANC. One may consider other factors such as Winnie Mandela’s role in supporting Mandela, the constitutional move towards freedom in sexual orientation or, the desire for greate awareness around how we view and understand Black women’s bodies in South Africa and beyond.

Dark Angel’s Plea is a masked, winged, kneeling and hybrid/androgynous figure suggesting a call for a return to reverence and humility for all humanity, in the face of violence and white supremacy. It suggests bringing harmony to seemingly opposite/different materials through weaving understanding towards transformation. Black paint further unifies and disguises materials forming a tough and resilient skin. South African Vuvuzelas oriented to point towards the heavens/ancestors and to the youth, respectively – for guidance. An appropriated African mask from the Ivory Coast also suggests a Diaspora struggle. This work is dually inspired by my Christian values and elements of disguise/masquerade/ performance found within Yoruba spirituality.

Last year, the David Krut Workshop (DKW) collaborated with the Latitudes Art Fair to produce a series of silkscreen prints for the project ‘ #LatitudesLimited.’ Adejoke Tugbiyele was one of the 5 African contemporary artists that was chosen to produce a limited-edition silkscreen print. Bold and exploratory in her work, she challenges deeply held complacency and disturbing notions about her own gender and sexual identity in society.