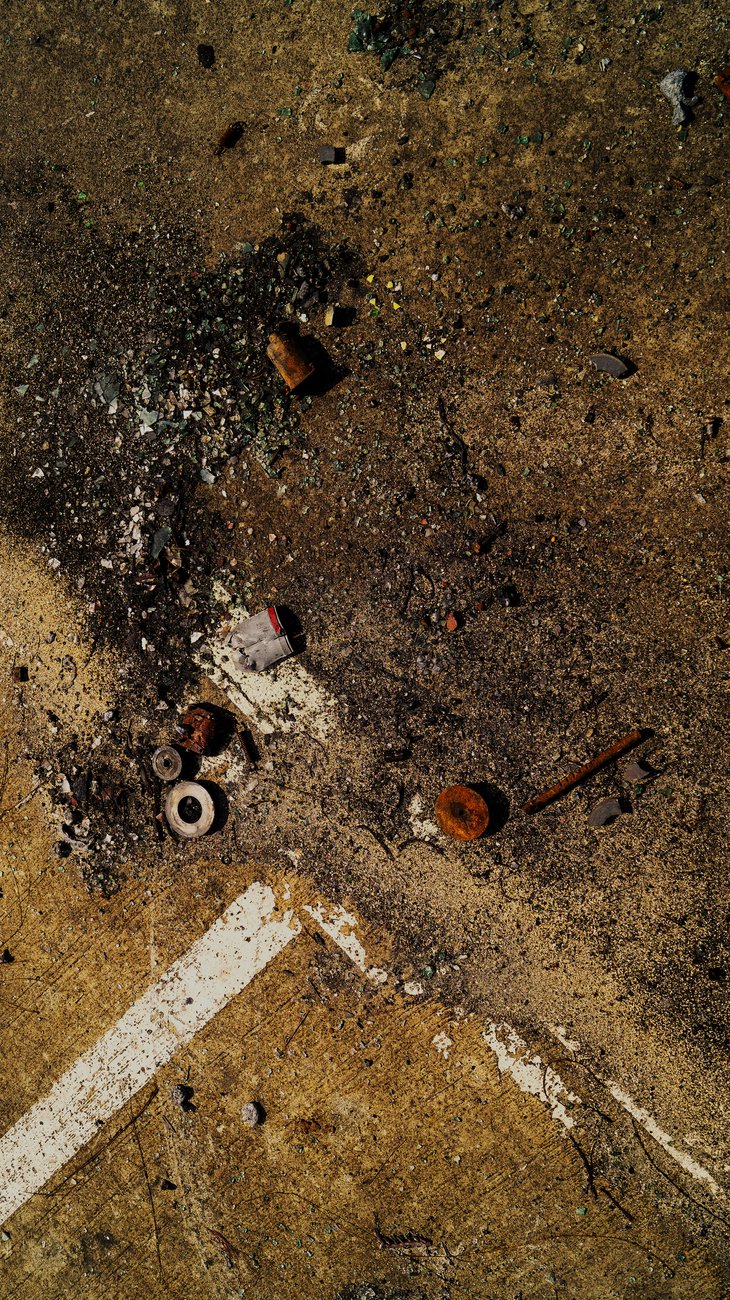 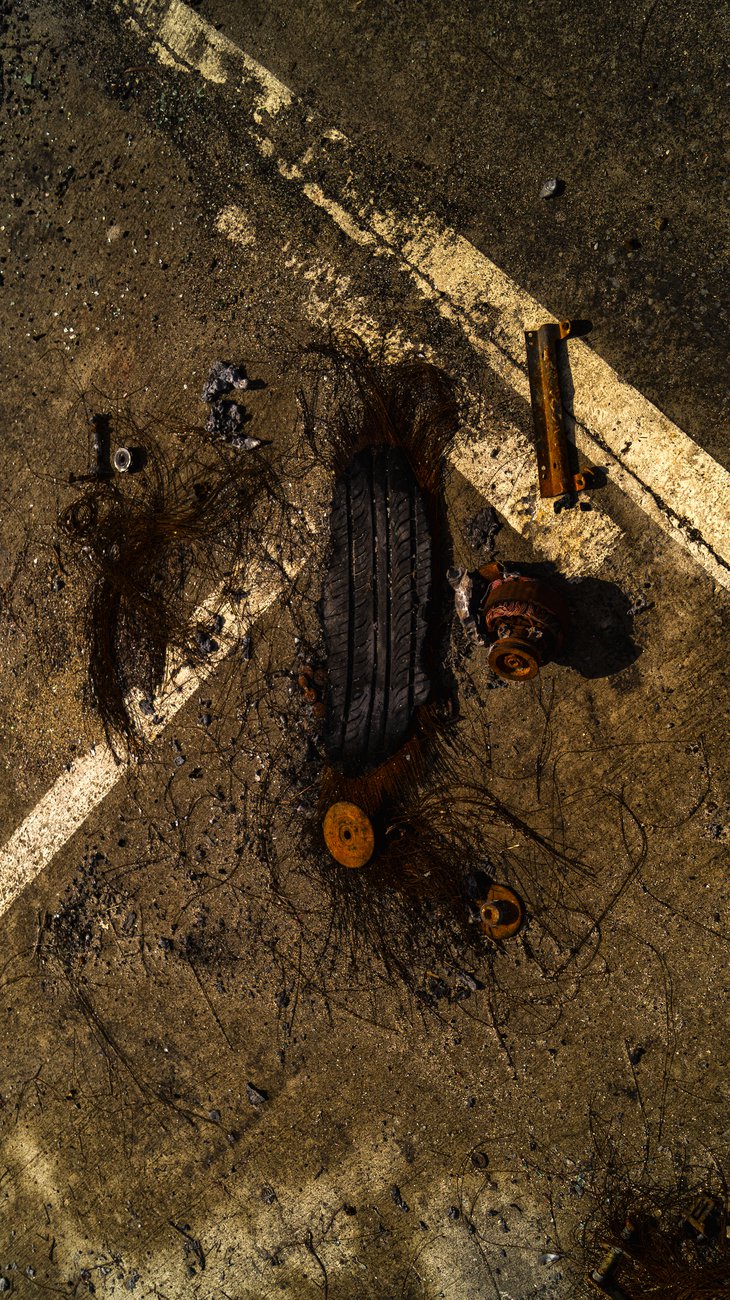 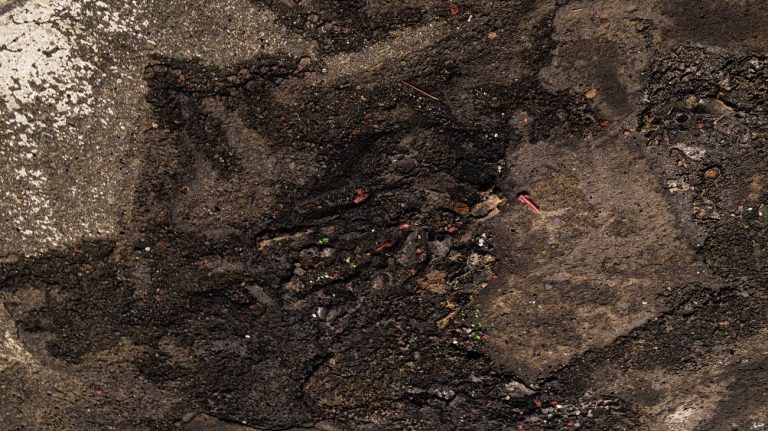 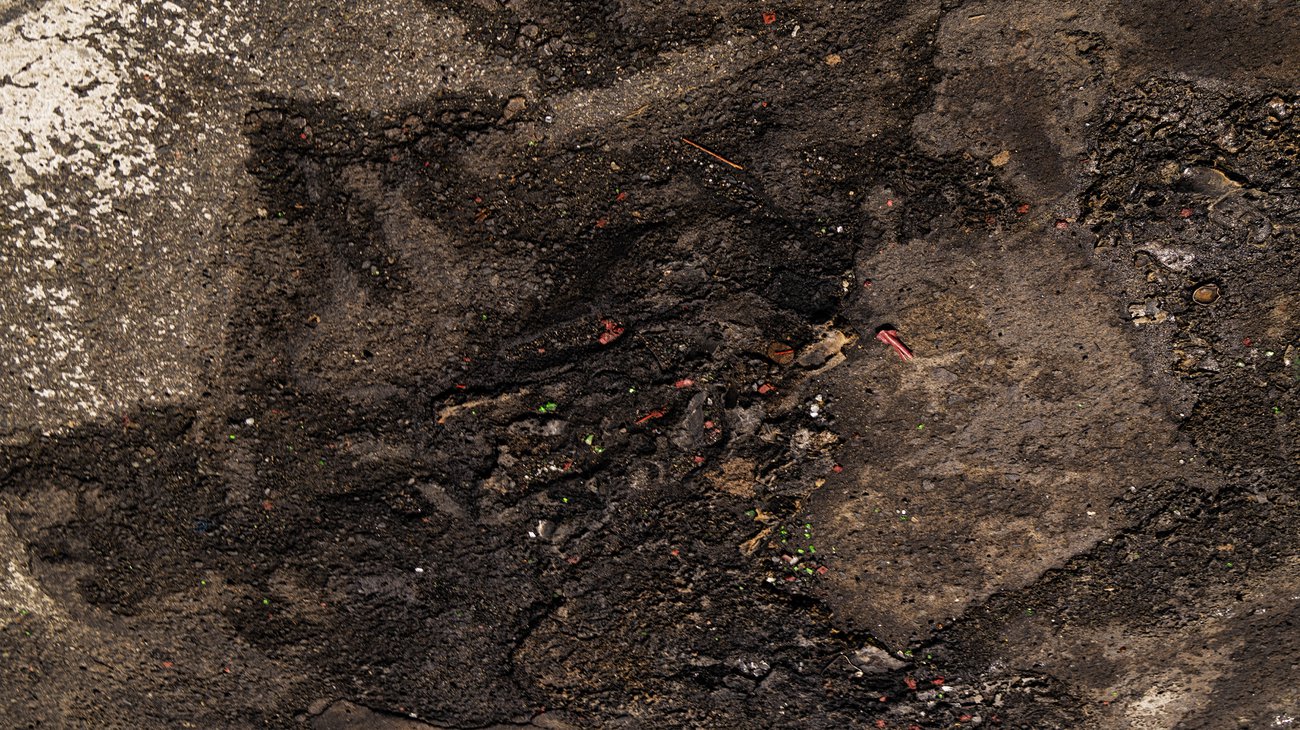 Deborah Jack – Artist Statement “this time fire…road revolutions and protest as aftermath”  When I started photographing the aftermath of the 2019 demonstrations on St. Martin, in December I couldn’t have anticipated the groundswell of the BLM movement in the US and the shows of solidarity globally. White Supremacy is a global condition. It shows up on our streets, in some cases our shores, and even our borders. The people resist. They always have. Back then you could already tell that people weren’t content to sit by anymore and let the aftermath of natural disasters, whether they are hurricanes or pandemics, be used as opportunities for oppression.

These were areas where the cars were set on fire, where the cars melted, so even though the car was removed – you could see the memory etched on the urban landscape. Heat melted tar and created an abstraction in the road. You can see little bits and pieces of car parts that have melted into the pavement, leaving their traces in colors and textures. This appealed to my practice of using abstraction as a means of visualizing historical injury, except this time this was recent history. I also wanted to find a way to not implicate the protestors but show the aftermath of the protest.

This moment/movement is global, people are pushing back against white supremacy in all its forms, including this and type of neo-colonialist, post-disaster, a power grab.  Saint Martin is the smallest land run by two countries, The Netherlands and France, and this colonial absurdity is playing out in an attempt to close and control the border between the two sides.

The idea of borders moving and inserting a grid or line on something is organic whether it is people of the land itself.