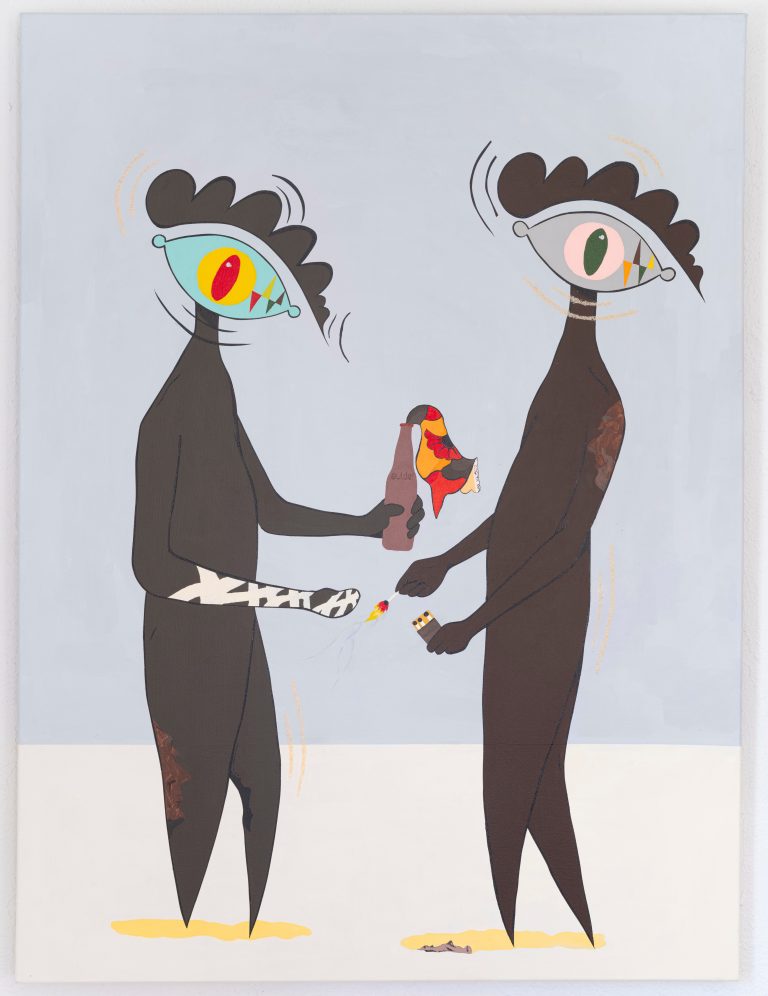 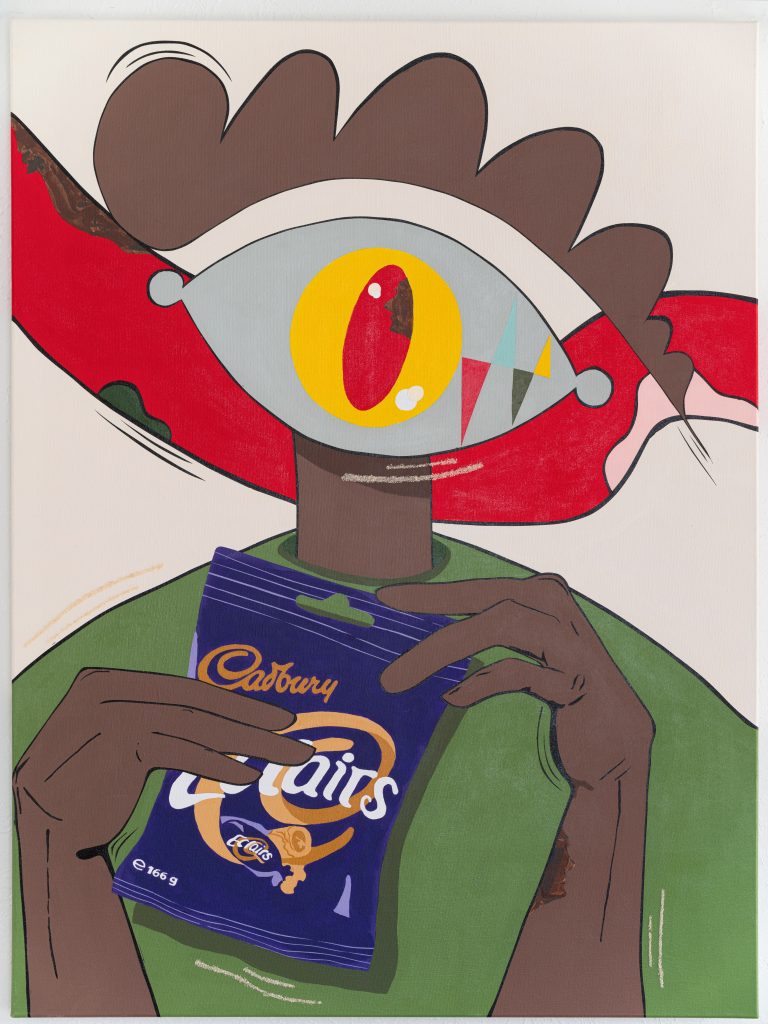 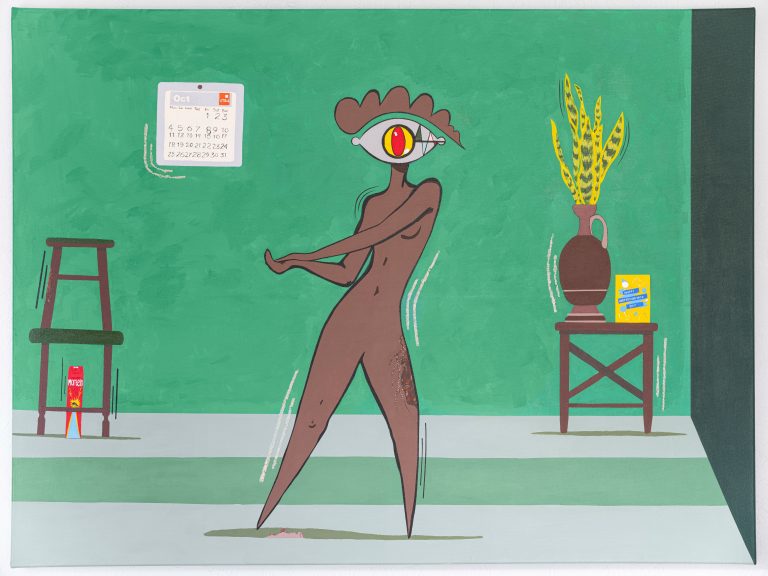 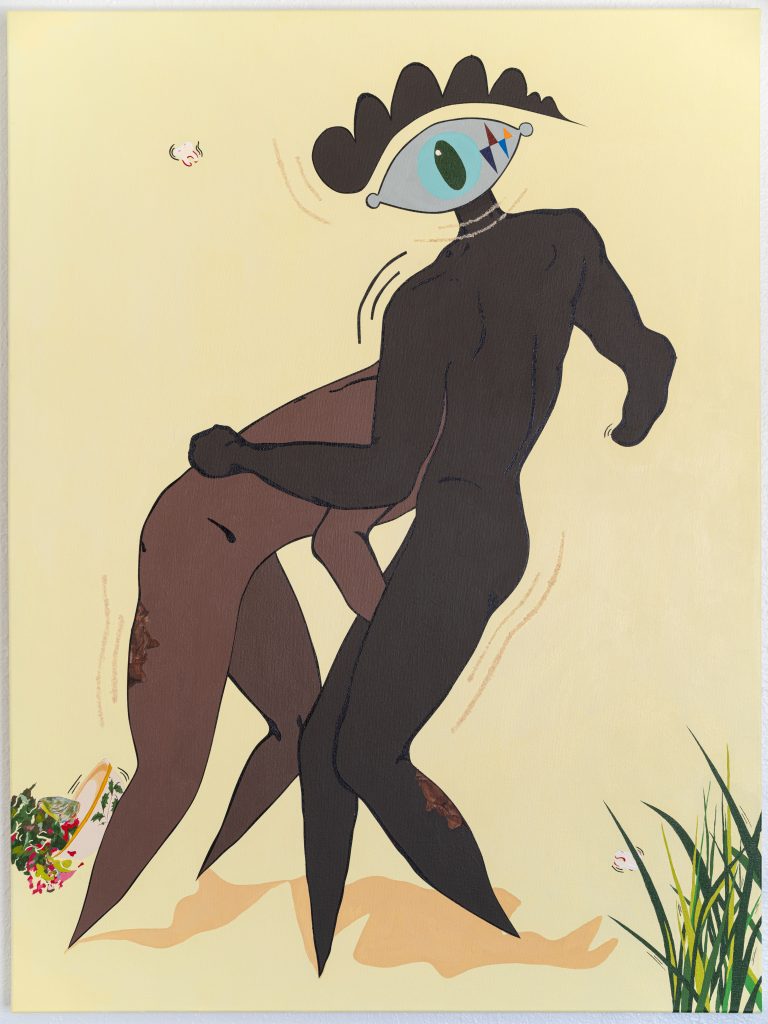 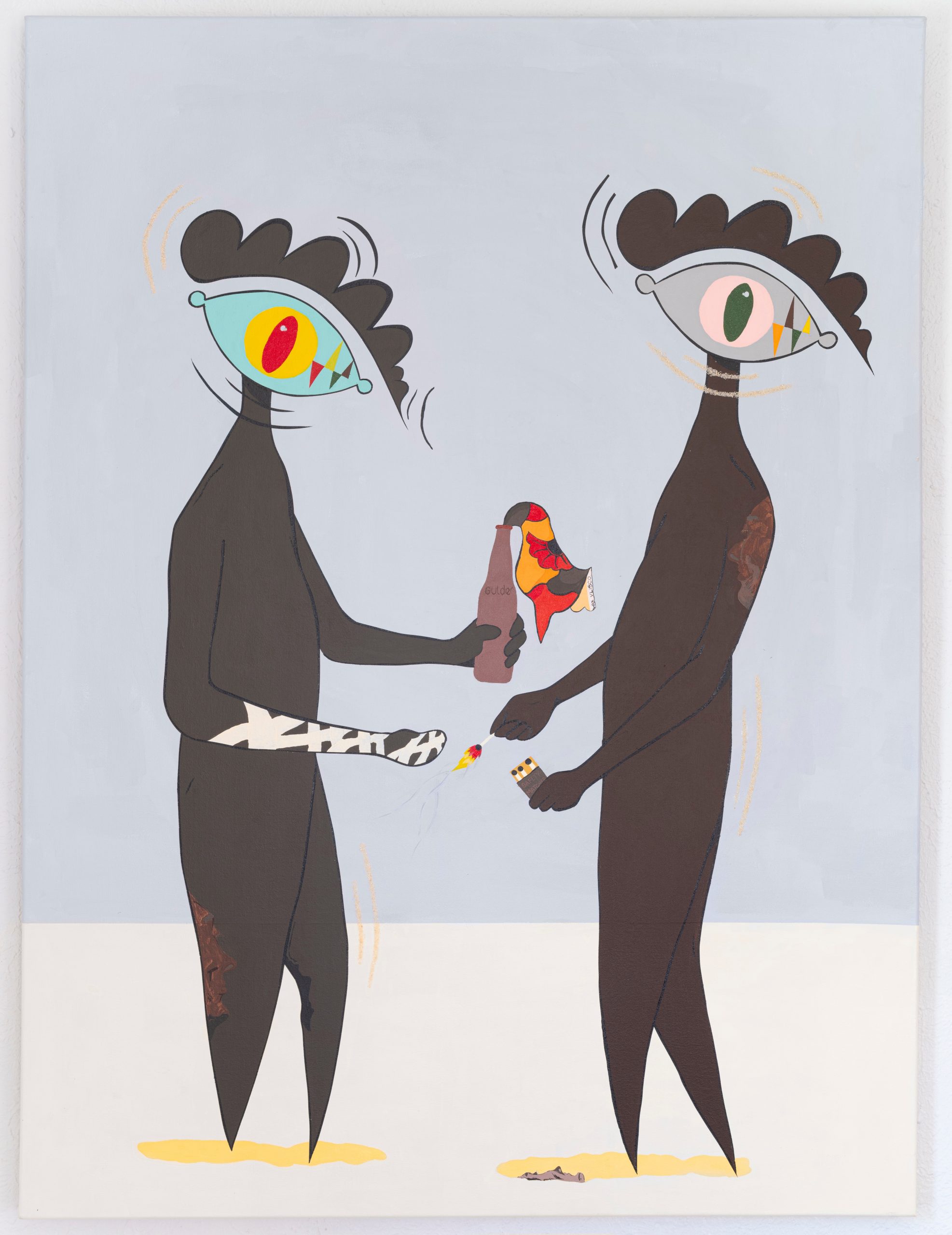 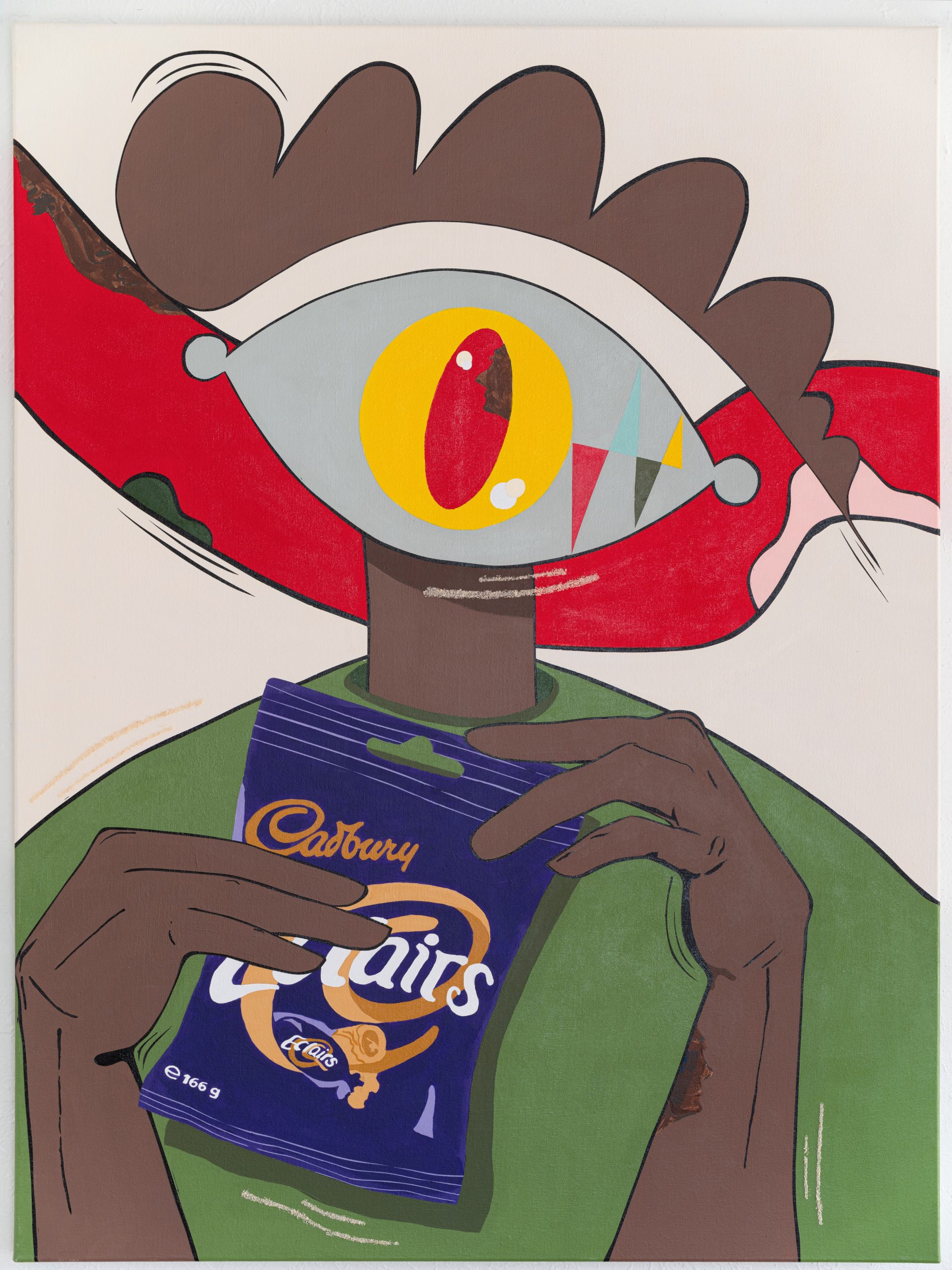 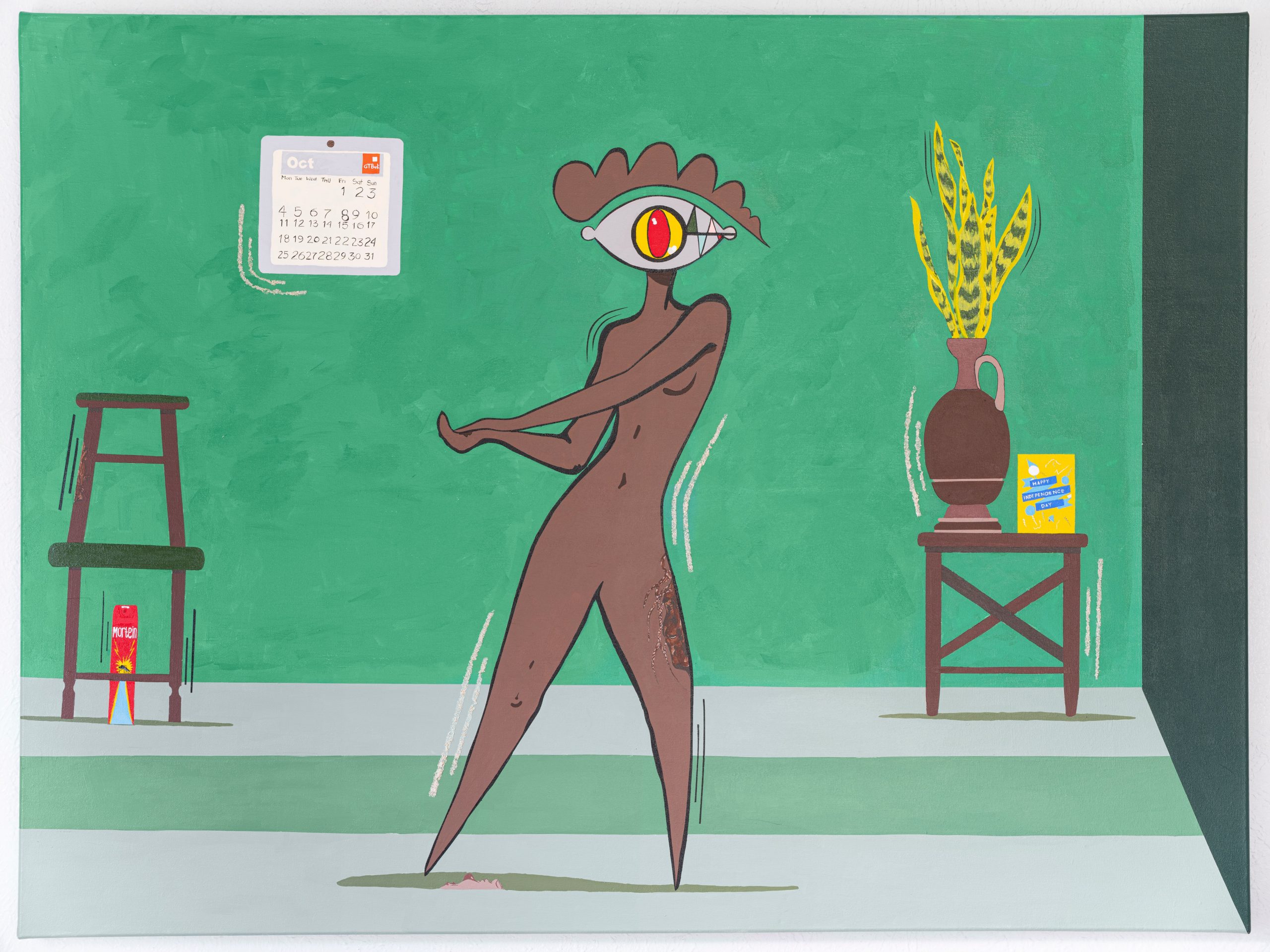 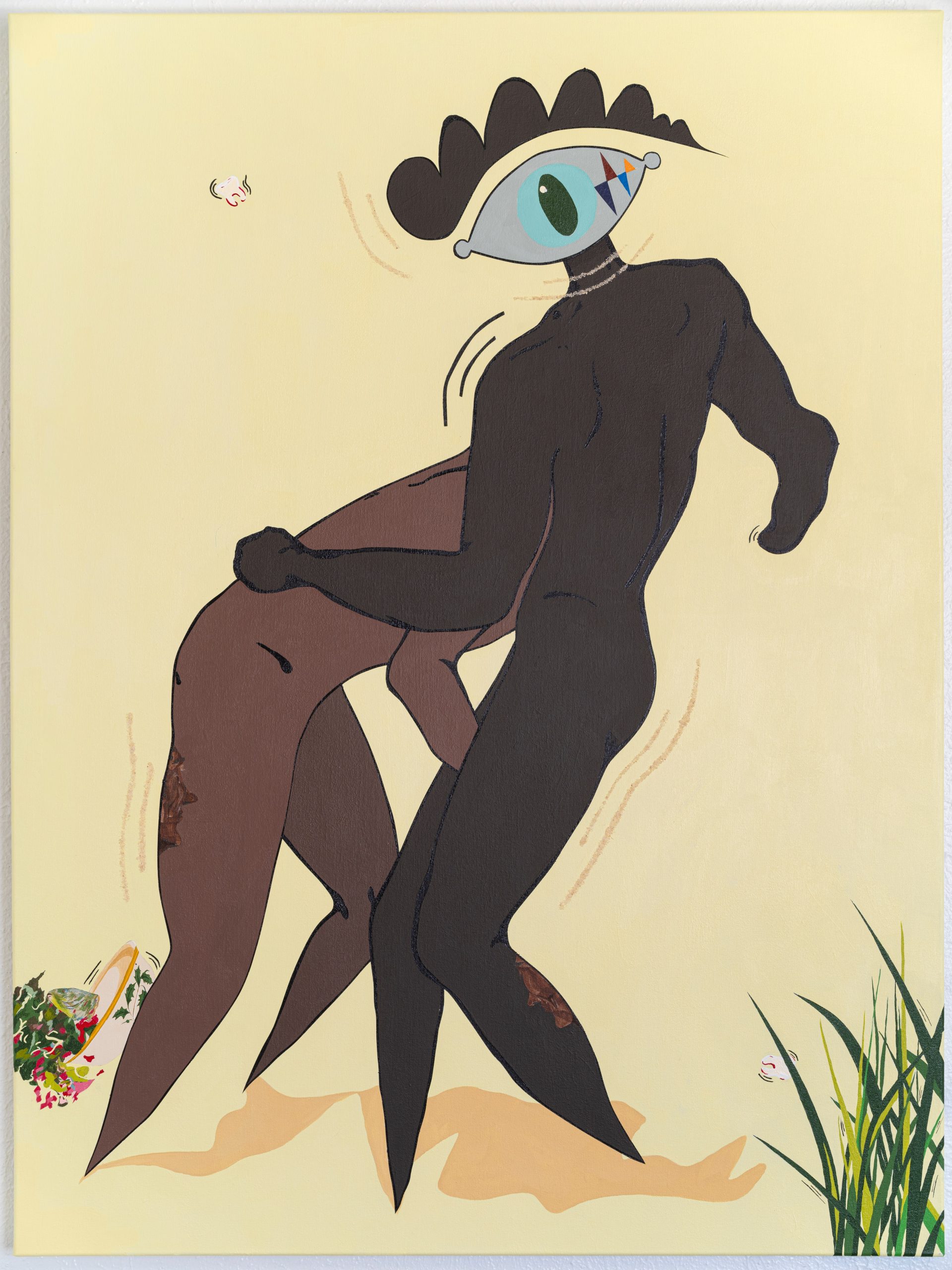 Jeremiah Onifadé (b. 1987, Kaduna, Nigeria) delves in the practice of creating works that examine the energies that humans dispense into their environment and the spaces around them, whether it’s positive or negative. His work, includes questions posed to the relationship between human emotions, actions, reactions and societies within through layered figurative compositions.

At thirteen, his environment circled around the happenings of a fatal religious crisis in Kaduna, Nigeria. It tore apart what had been a peaceful and beautiful city after both religious parties invaded and vandalized each other’s homes. His understanding of human energies and its effect on spaces was swiftly unveiled. With that, he pursued an interest in questioning the human “Identity”, “Mind” and “Belief”. The understanding that a lifelong pace of vibrant creation could be instantly overturned if our pores were allowed an ounce of negative vigor also championed this. He sought to recreate these anecdotes and share them with himself and others, as a before, during and after take that spat from the effect of the energies on our spaces. Jeremiah Onifadé, lives and works in Dallas, TX.