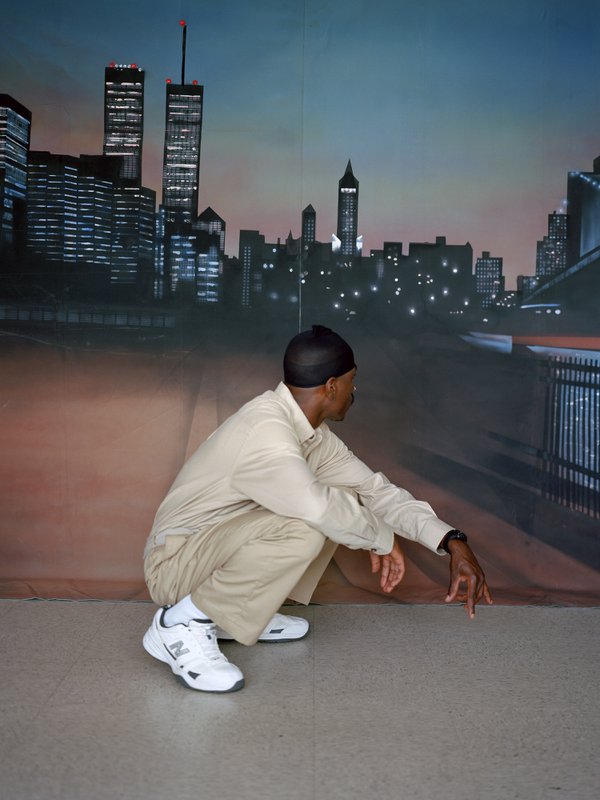 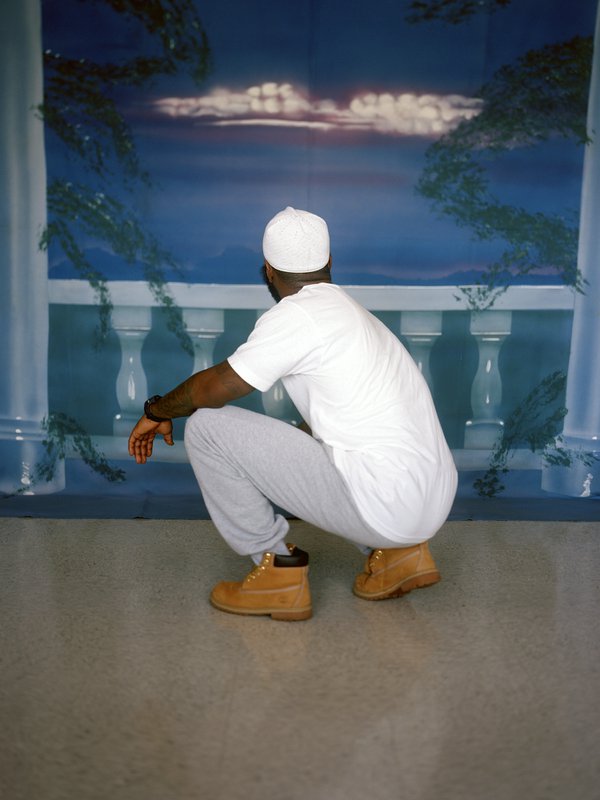 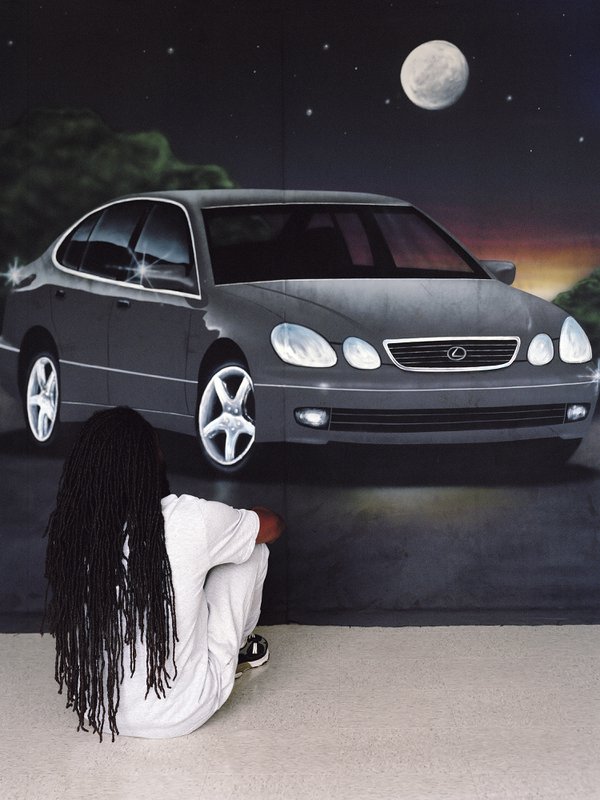 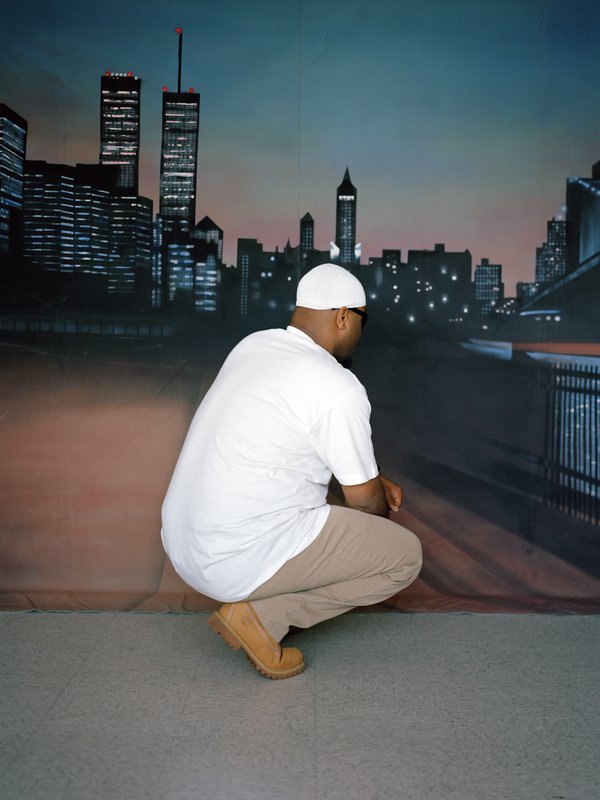 “My work explores how the pose and hand-painted backdrops circulate within vernacular prison and club photographs, often re-imagining them both through the process of collage, digital manipulation, and staged photography. My practice is rooted in examining prison and club photography aesthetics and their relationship to the photographic archive. Through the cultural symbol of the pose and backdrops, I aim to redefine concepts of escapism and freedom through a collective Black experience within American society.”

From 2007 to 2013, I worked as a club photographer throughout the Washington D.C. area, setting up makeshift photo booths that featured hand-painted backdrops. I have in-depth knowledge and experience with the cultural aesthetic of club photography and painted backdrops. As I worked as the “camera-man” on the D.C. scene, I maintained strong relationships with my two uncles, both of whom were incarcerated. Our exchanges were comprised of letters and photographs. During this time, I began to understand the value of the archive and began collecting club and prison polaroids and backdrops. These experiences have deeply informed my artistic practice. In 2013, I received my MFA from George Washington University. I’ve completed a fellowship at the Hamiltonian Gallery (2013-2015) and later completed the Savage-Lewis artist residency in Martha’s Vineyard (2018).

Cook has exhibited his work nationally including the National Gallery of Art (2017), the Baltimore Museum of Art (2016), and the Walters Art Museum (2013). I am currently an Assistant Professor of Photography at Howard University.”