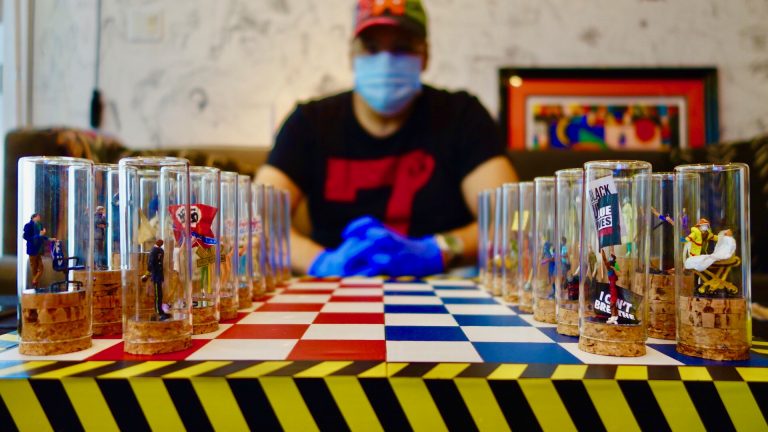 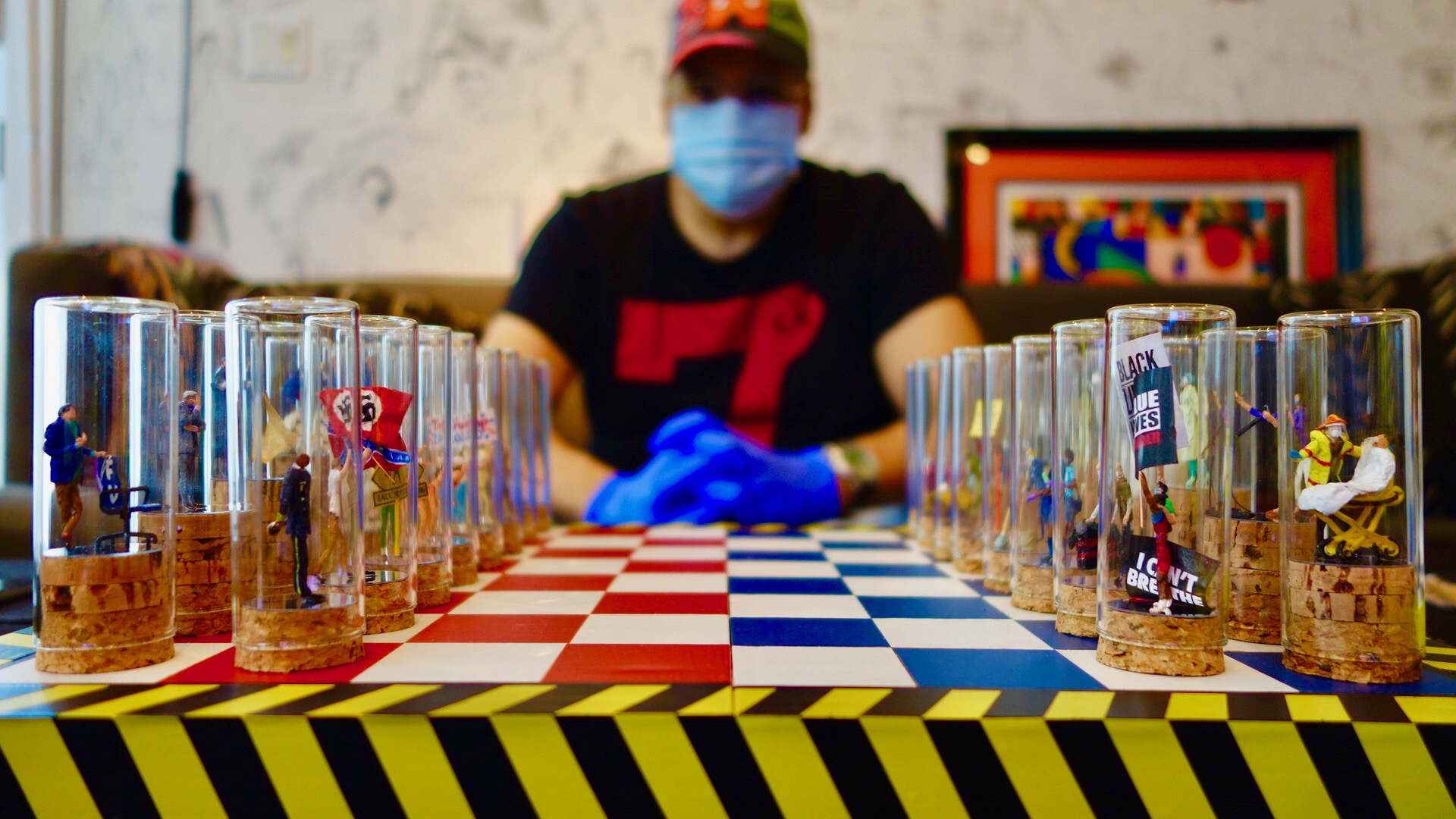 A native New Orleanian and graduate of Xavier University of Louisiana, Barrois’ career has spanned the globe. In addition to his deep background as an artist, animator, director, educator, and collector, Barrois has served on boards and formed donor affiliations with the Santa Monica Museum of Art (now ICALA), the William H. Johnson Foundation, YA/YA, Inc., CAAM, LACMA, MOCA Los Angeles, LA Contemporary Exhibitions (LACE), LAXART, Studio Museum Harlem, The Mistake Room, etc. He also serves as a Commissioner for The National Portrait Gallery in Washington, DC, a member of the Inclusion Task Force for the new Academy of Motion Picture Arts and Sciences Museum, and as a new board member of the California Institute of the Arts, his alma mater, continuing his artistic endeavors in exciting new capacities.

Inspired by daily breaking news and one of a series of “”Pickett’s Charge”” paintings by Mort Kunstler, depicting the epic Civil War battle of Gettysburg on July 3, 1863. An event also inspired by Mark Bradford’s massive groundbreaking installation at the Hirschhorn Museum in Washington, DC.

A literal Interactive chess set where my miniatures are the pieces encased in test tubes. Patrons will be encouraged to actually put on gloves and play. The challenge is to pick a side – an army – and take on the personas of the powerful virus and incompetent politics (red side) or the heroic and vulnerable first responders and victims (blue side). It forces half the players, those who choose the red side representing the power-hungry Trump administration and its cohorts, to either give in to their own morality by losing or their egos and callousness by winning. Choosers of the blue side have to play their best game to win – period! Therefore, my Covid Chess Set is a literal representation of this pandemic, its effect on our divisive racial and economic politics, and a test of our moral compasses – much like the Civil War itself.