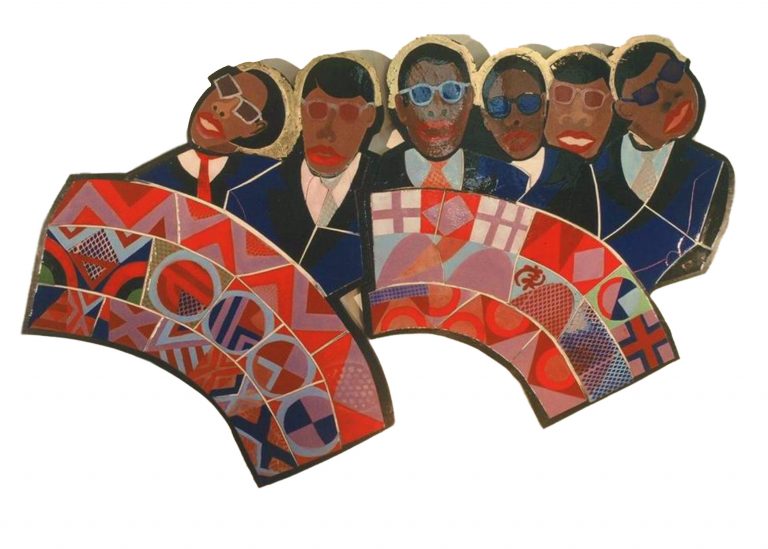 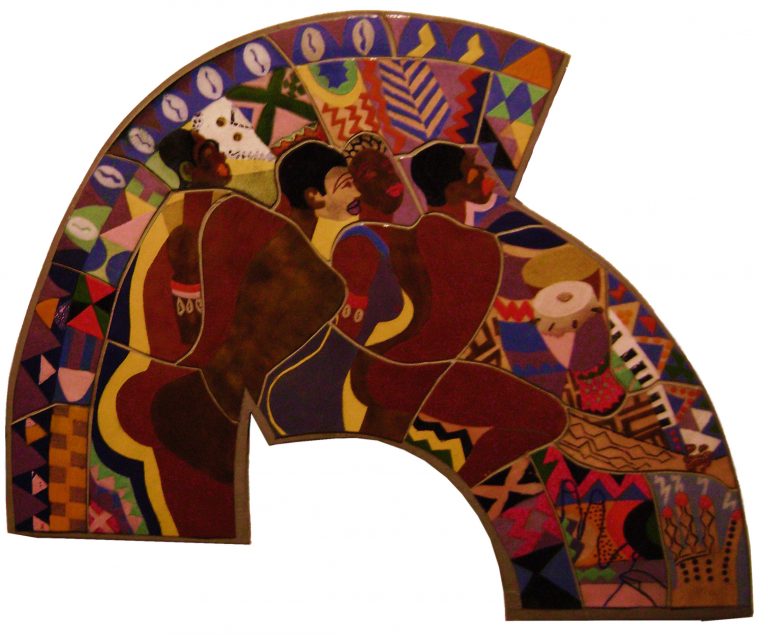 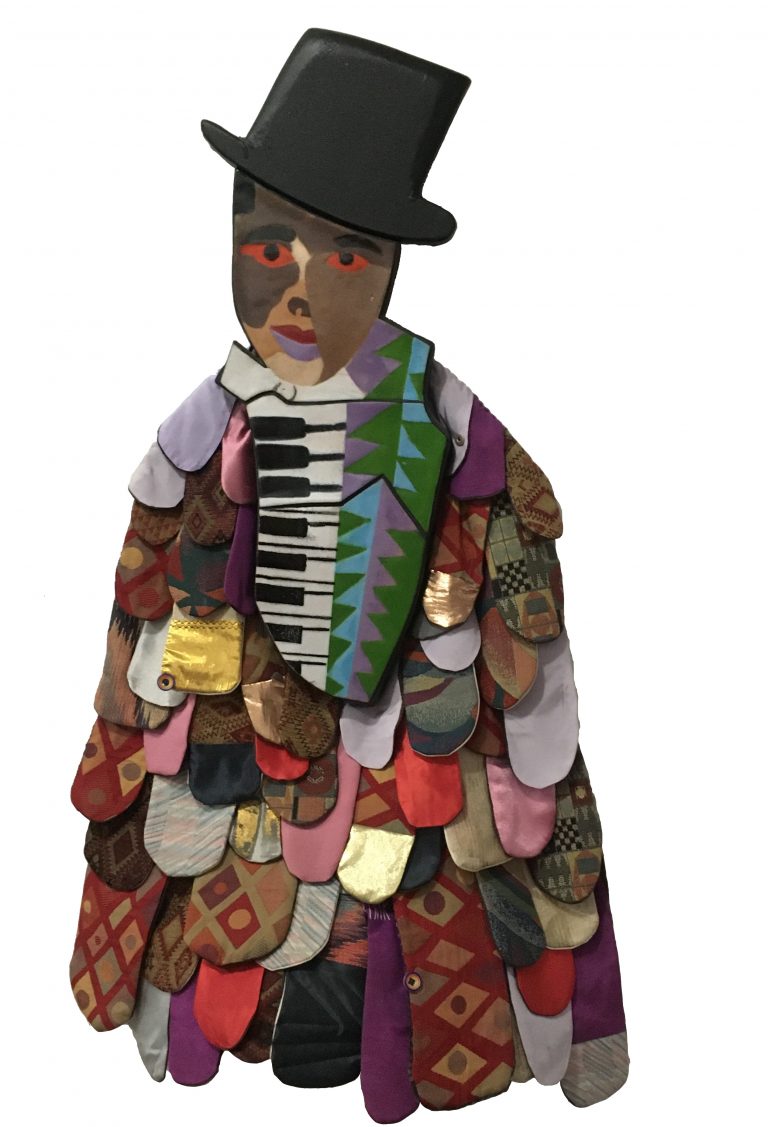 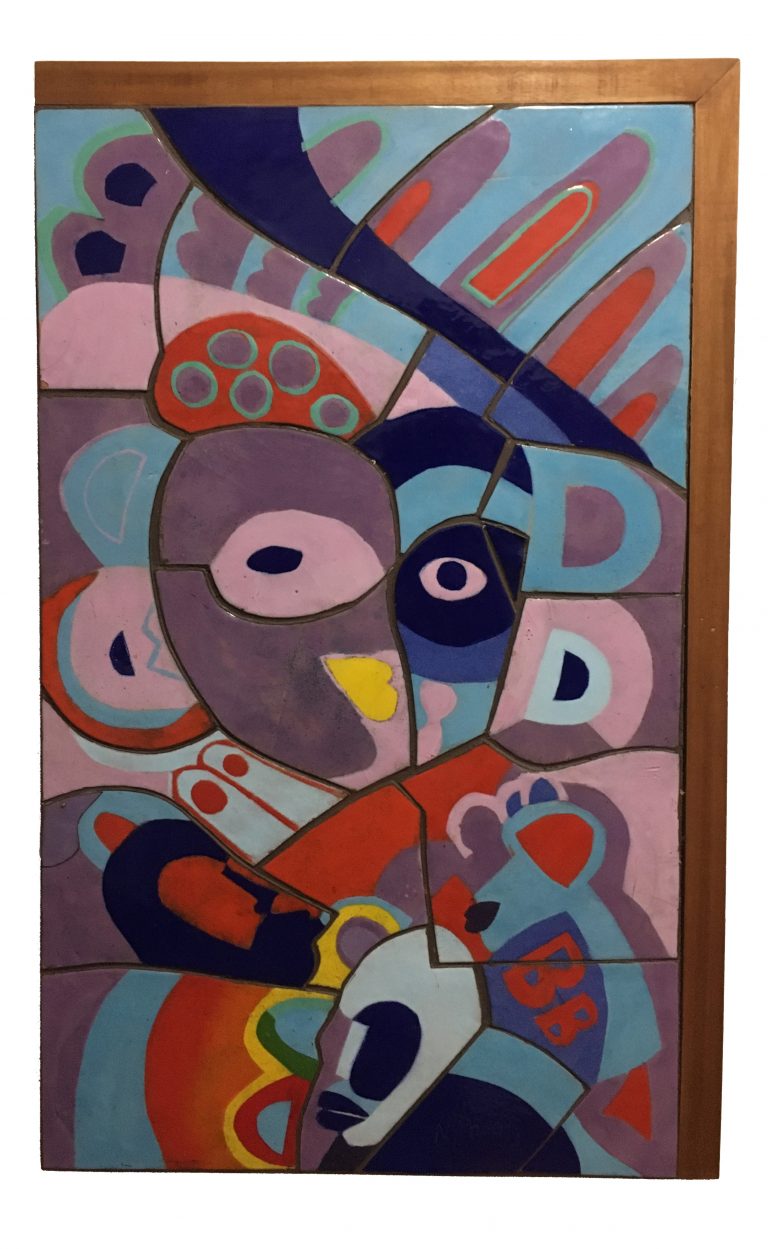 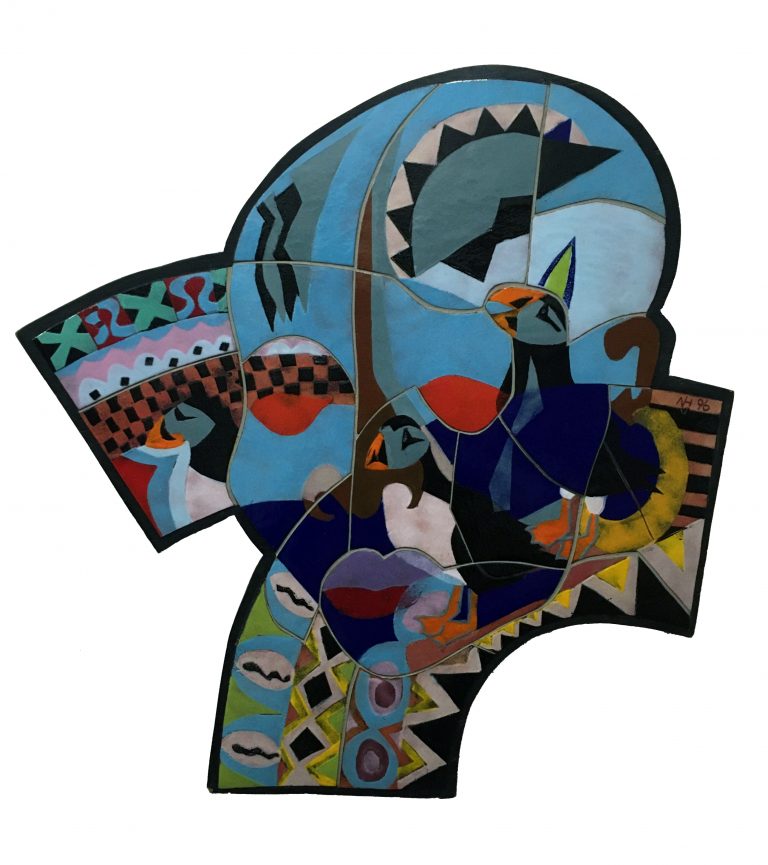 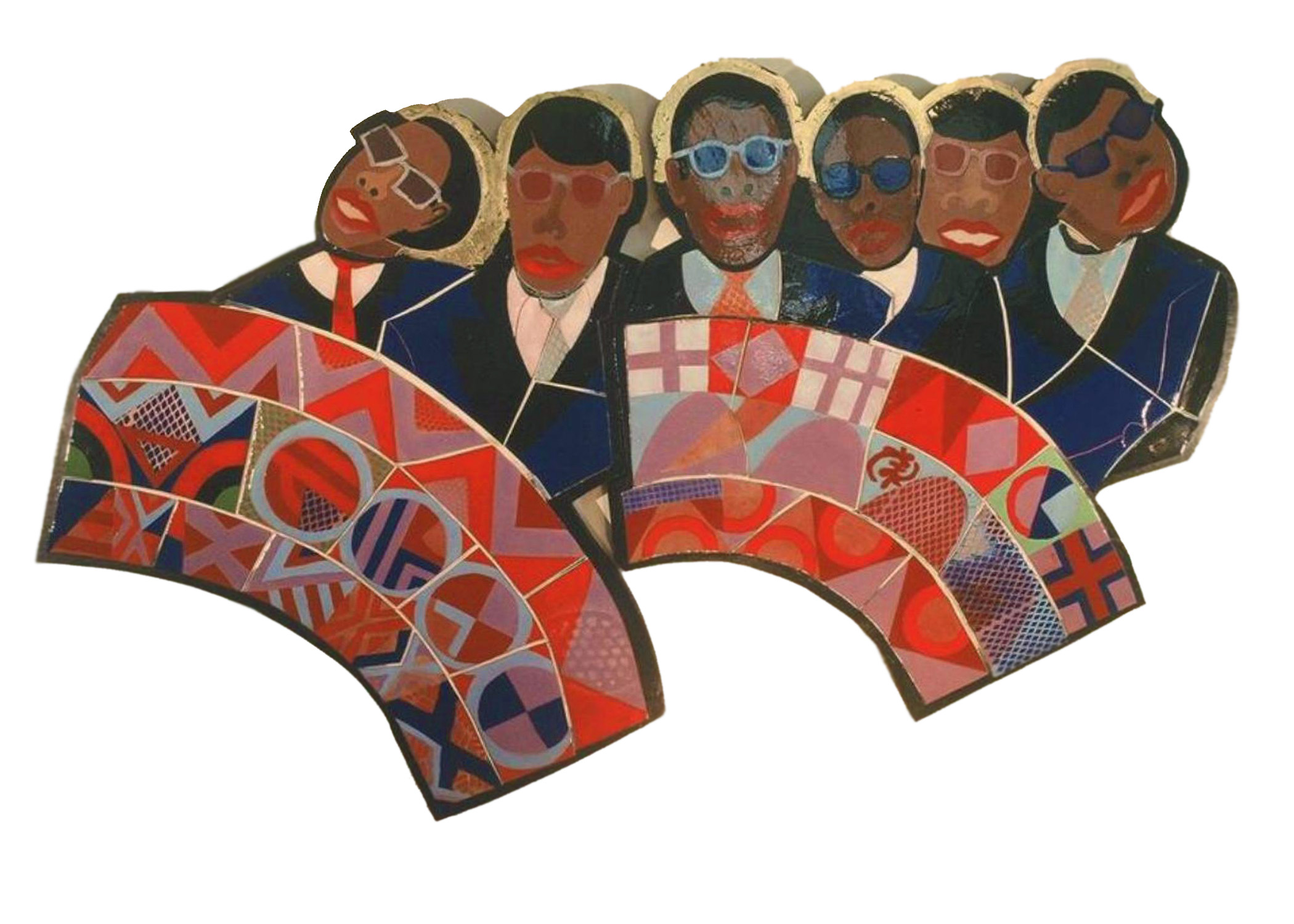 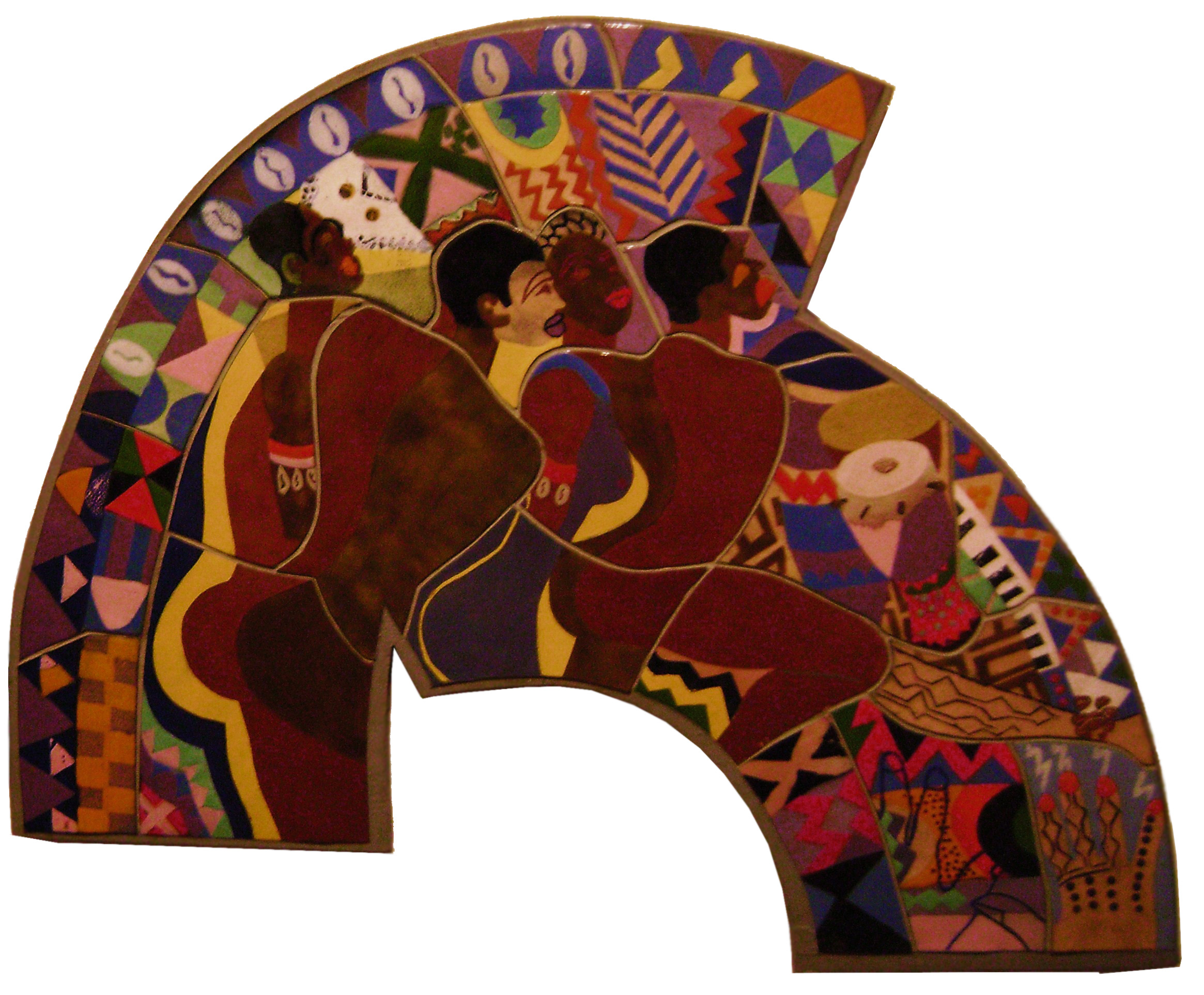 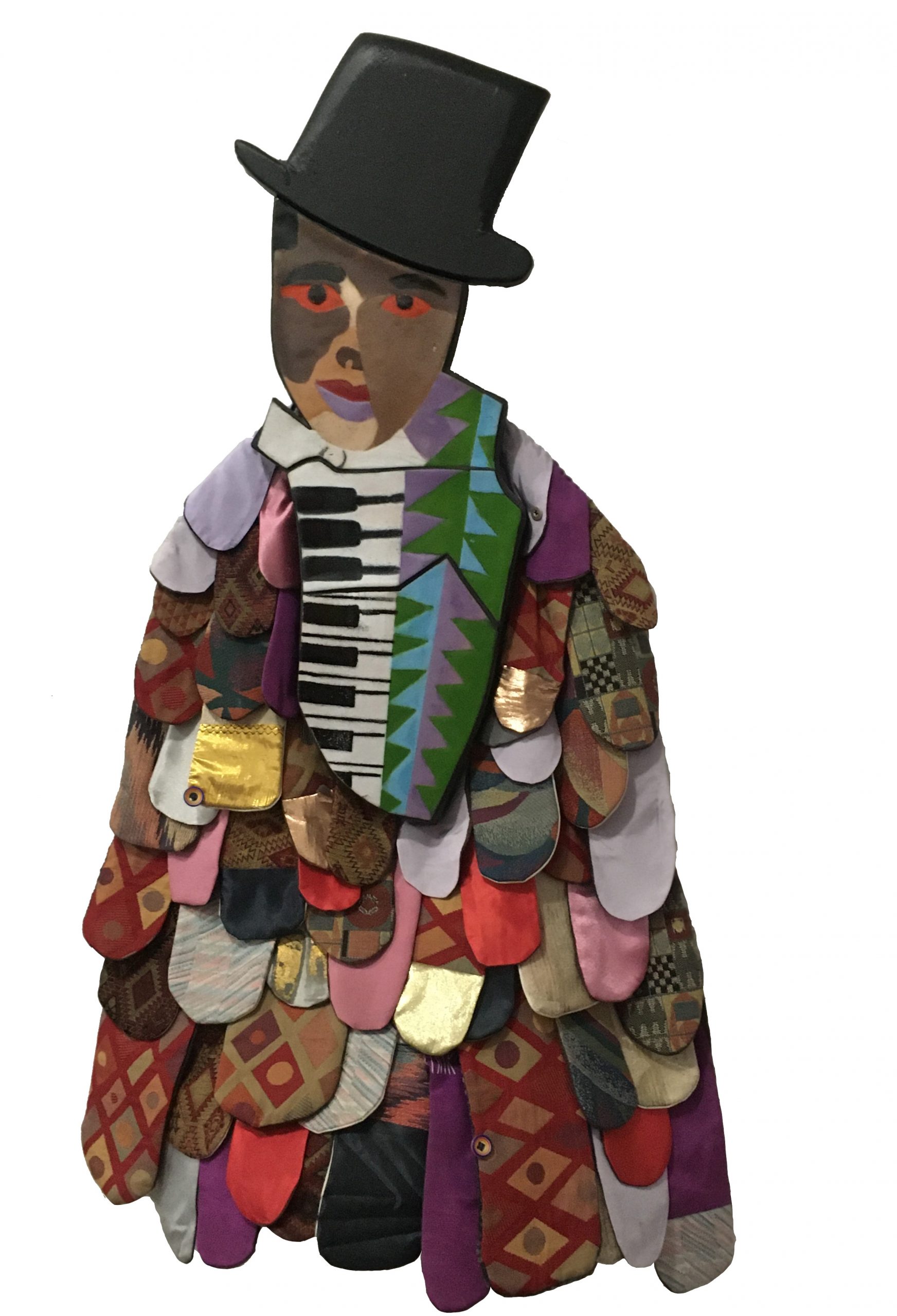 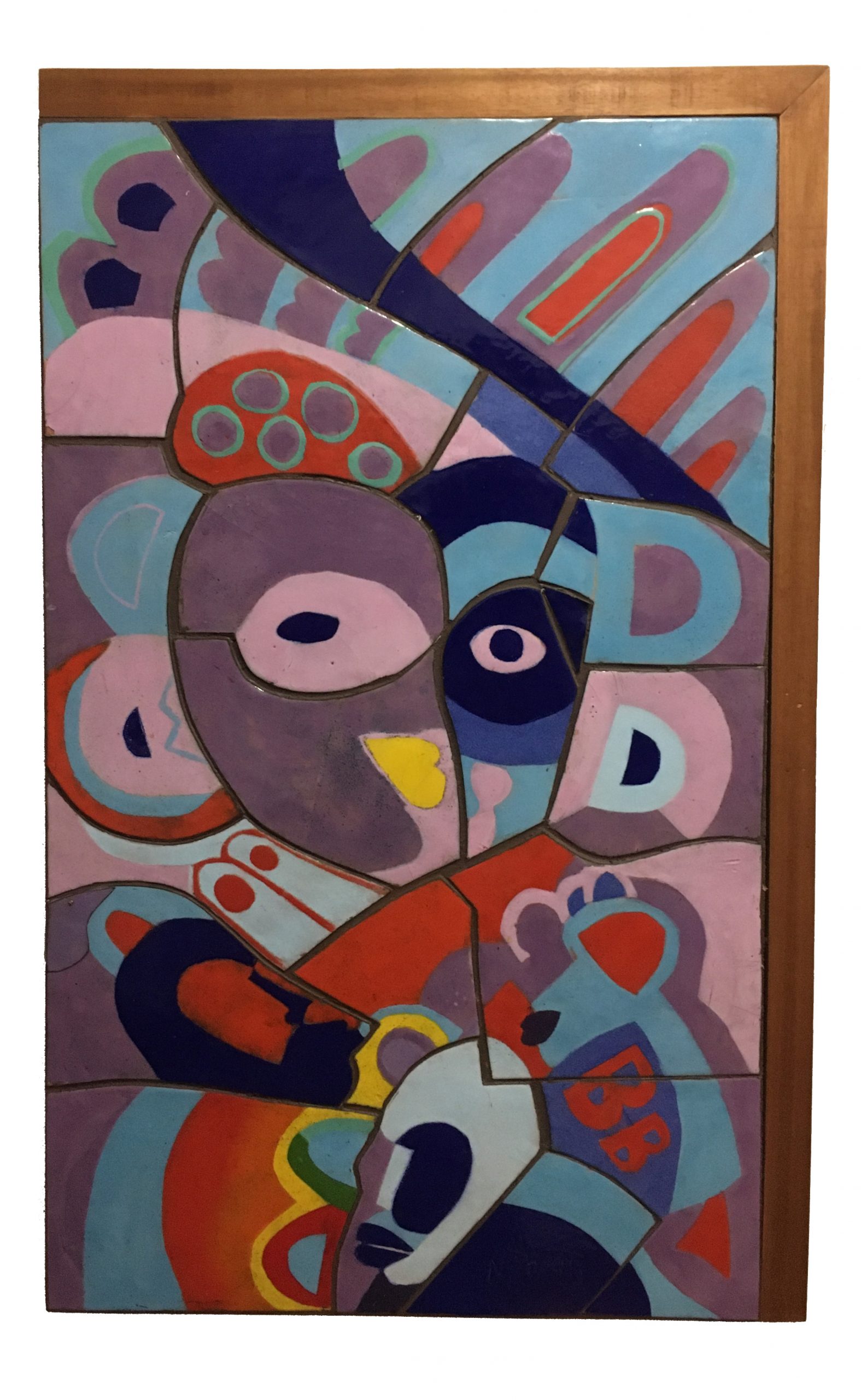 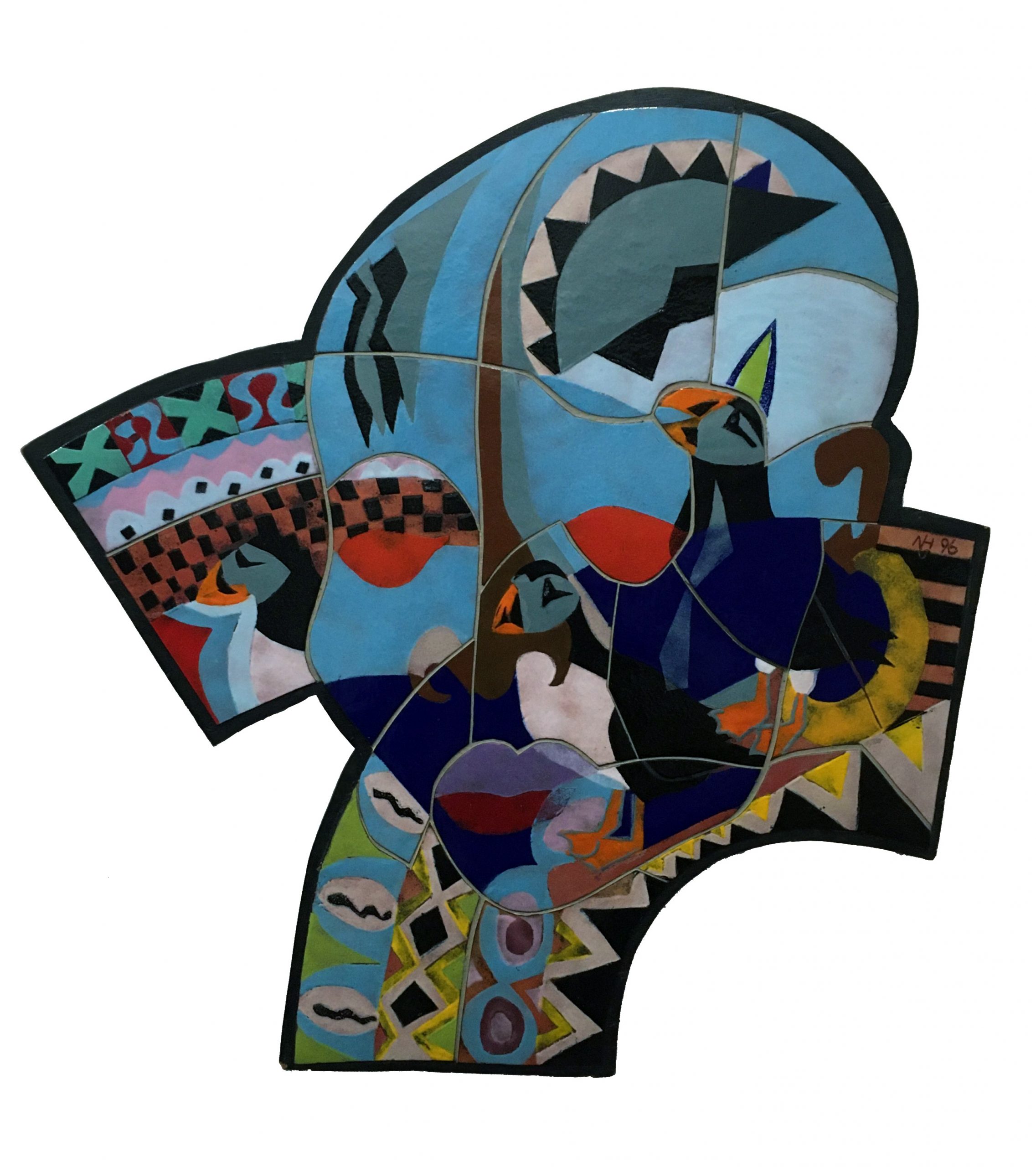 Napoleon Jones-Henderson was born in 1943 in Chicago, Illinois. Jones-Henderson attended the Sorbonne Student Continuum-Student and Artists Center in Paris, France in 1963 where he was immersed in an independent study program in French Art History and Figure Drawing. Upon returning to the United States, earned his B.F.A. degree in 1971 from the Art Institute of Chicago and an M.F.A. degree in Interdisciplinary Arts from the Maryland Institute College of Art in 2005. In 1968, during the apogee of the Chicago Black Arts Movement, Jones-Henderson became a member of the Chicago-based artists’ collective COBRA (Coalition of Black Revolutionary Artists) then changed its name in 1969 to AfriCOBRA (African Commune of Bad Relevant Artists). During the formative years of AfriCOBRA, Jones-Henderson created large pictorial woven tapestries that were included in the group’s important series of exhibitions. In the early 1970s, exhibitions were mounted at the newly founded Studio Museum in Harlem and the Museum of the National Center of Afro-American Artists in Roxbury. Since 1969 to present is one of the longest continual active members of AfriCOBRA. In 2011, the documentary AfriCOBRA: Art for the People produced by the TV Land Network, chronicles the history and celebrates the contributions of AfriCOBRA to the 1960s Black Arts Movement.

Over the course of his career, Jones-Henderson has served in various academic positions at Malcolm X College in Chicago, Massachusetts College of Art, Emerson College in Boston, Roxbury Community College, Vermont College of Norwich University; in 2005, he was appointed associate professor of art at Benedict College in Columbia, SC.
Jones-Henderson is Executive Director of the Research Institute of African and African Diaspora Arts, Inc. and BENNU ARTS, LLC. and has received awards, both for his artwork, curatorial efforts championing Black Art internationally; 2015 Boston Foundation’s “Brother Thomas Fellowship”, the Merit of Honor Award from the Walters Art Museum in Baltimore. His artwork is in the collections of the DuSable Museum of African American History, Schomburg Center for Research in Black Culture, Hampton University Museum, Brooklyn Museum of Art, Museum of NCAAA and Studio Museum in Harlem, and distinguished private collections and numerous public art commissions.