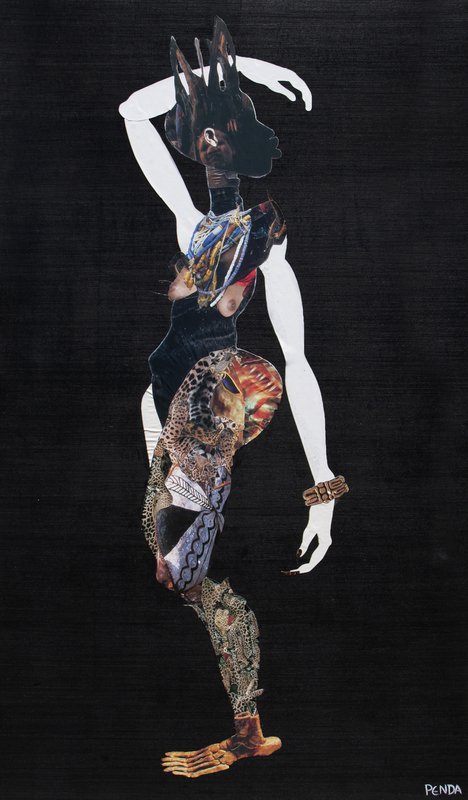 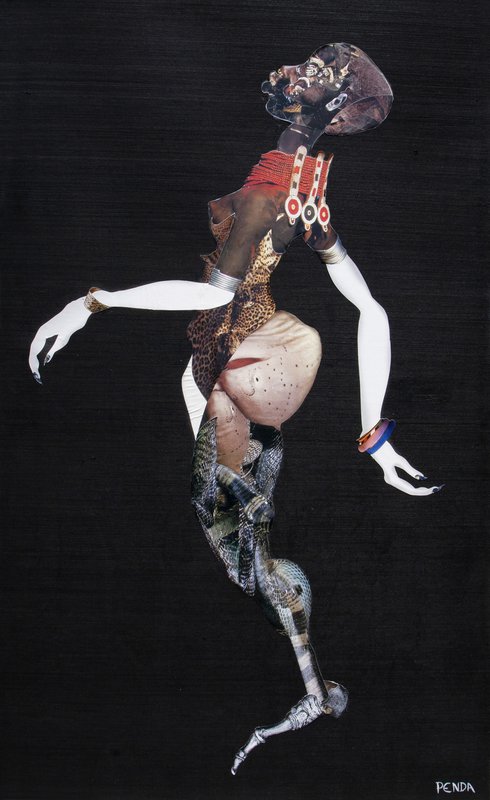 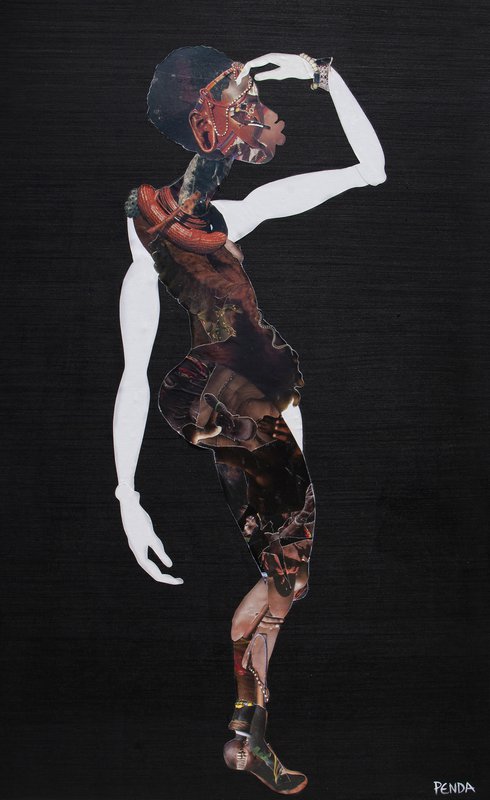 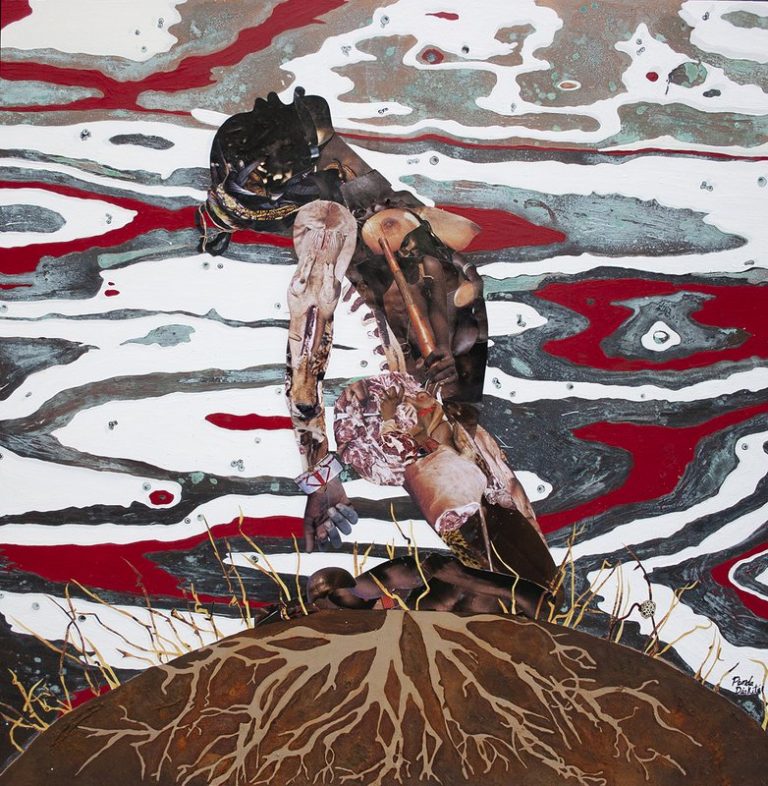 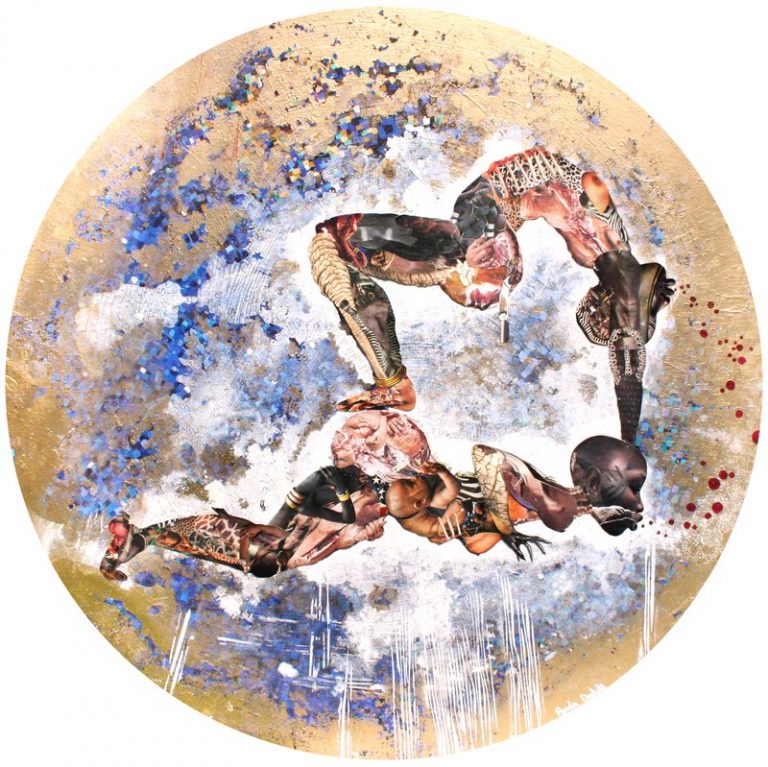 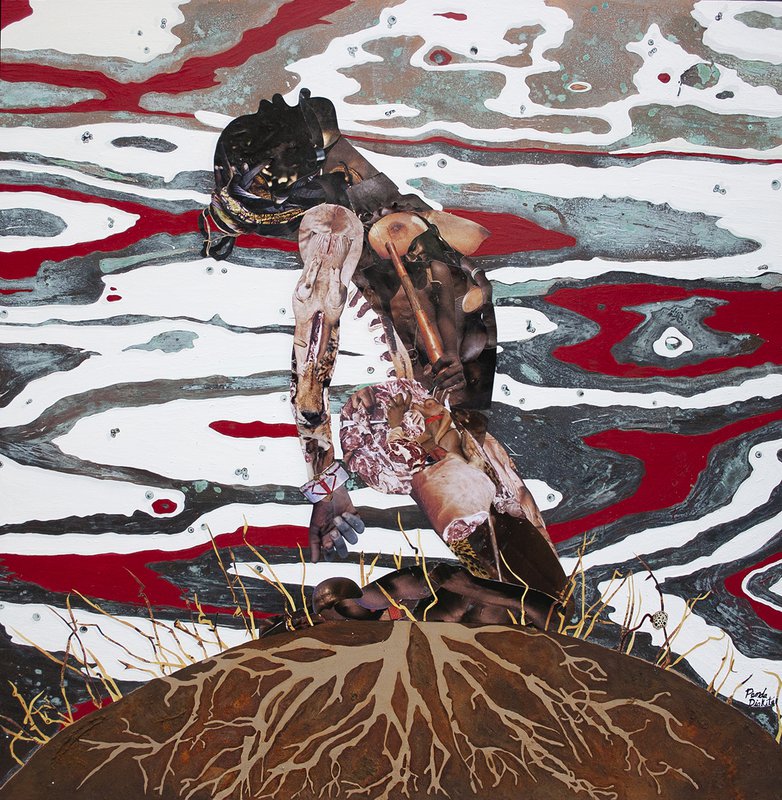 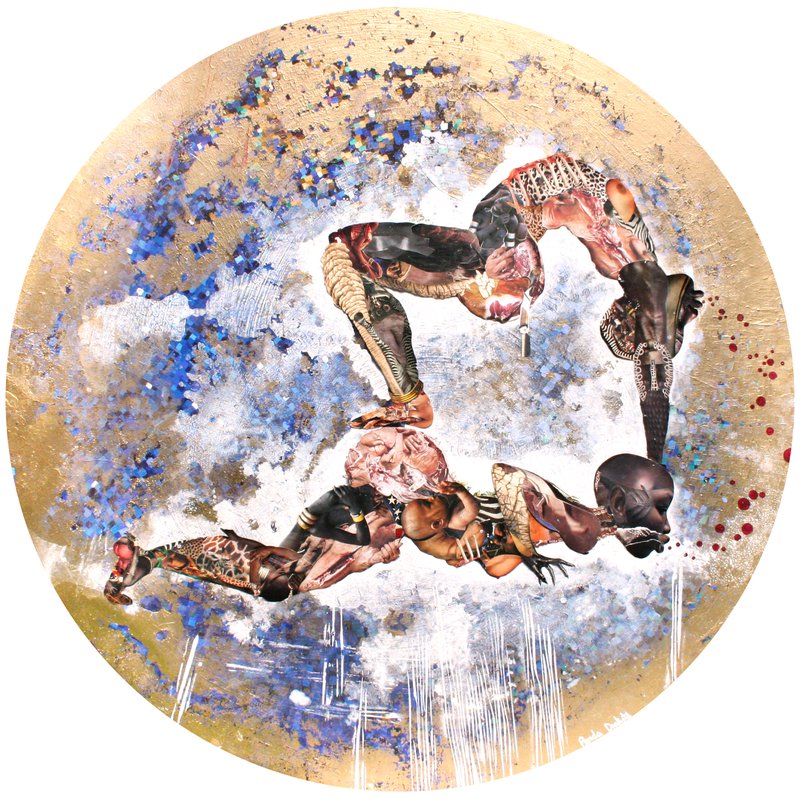 Malian-American Artist Penda Diakité grew up between Mali, West Africa, and Portland, Oregon. She meshes the vibrant colors and patterns of her Malian heritage with influences of her urban American upbringing. Her artwork reflects her experiences as a bicultural woman, her blended cultures, and is a visual commentary on historical West African tradition and how it co-exists among popular media’s portrayal of people of color.

She was first introduced to painting as a 4-year old in Mali, as she learned traditional bogolan (mud-cloth) painting. By the age of 10 she landed a book deal with Scholastic Press and published her first Africana Award-winning Children’s book I Lost My Tooth in Africa which was featured on various platforms such as Reading Rainbow. This book was the catalyst for creatively expressing her identity and delving deeper into the life she straddled between Mali and the USA.

Penda graduated from California Institute of the Arts with a BFA in Film/Video and a minor in Cultural Studies. While earning her Bachelor of Fine Arts, she developed her unique mixed media collage style which, like her film work, centers around identity. Following her experimental film shorts, Diary of Reflection (2013) and Words From A Silence (2014), which screened in festivals throughout the world, Penda began exhibiting her artwork in different galleries on the West Coast.