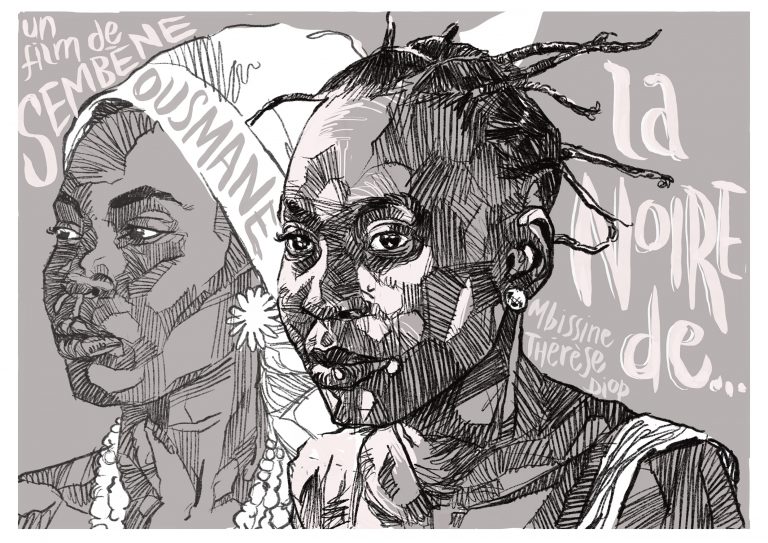 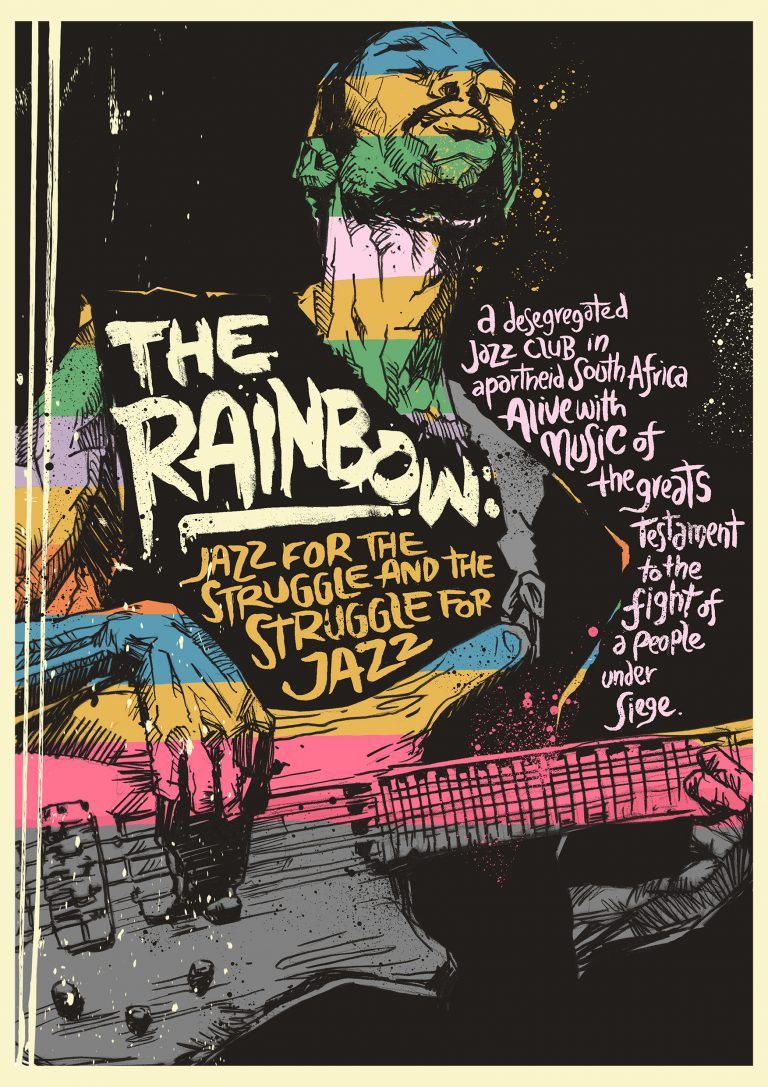 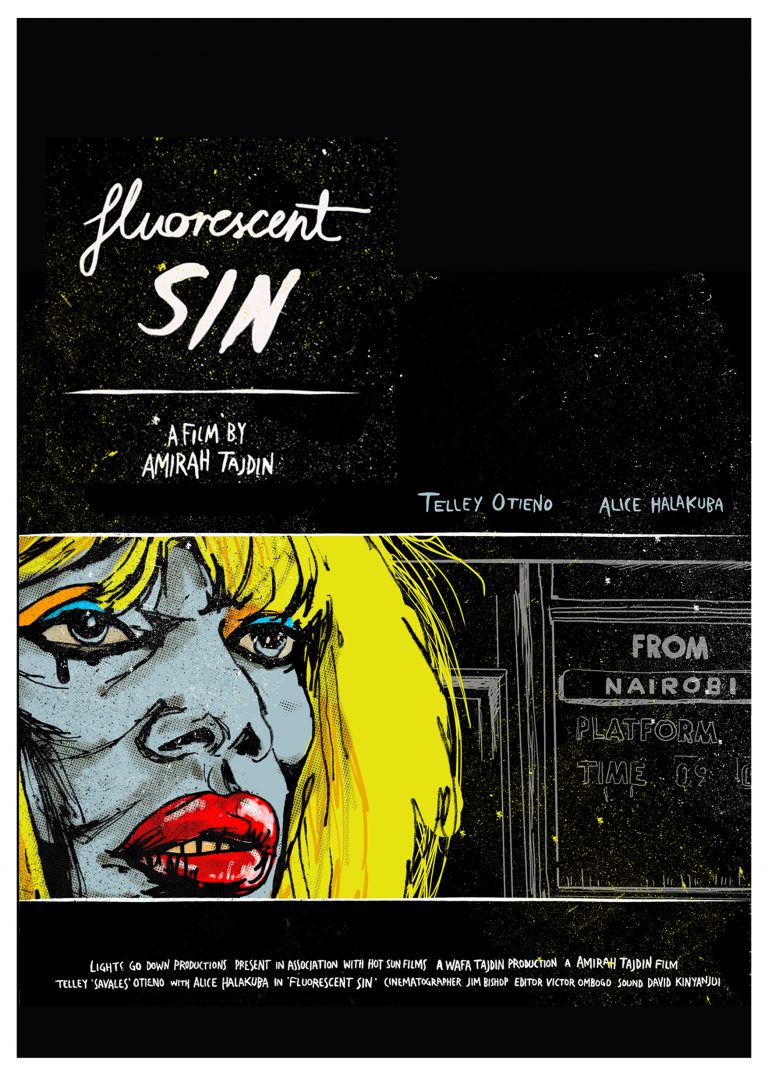 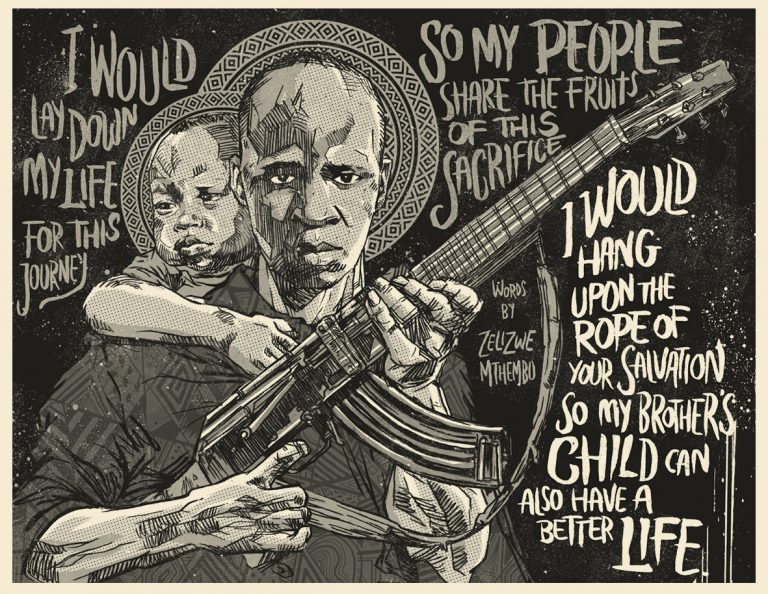 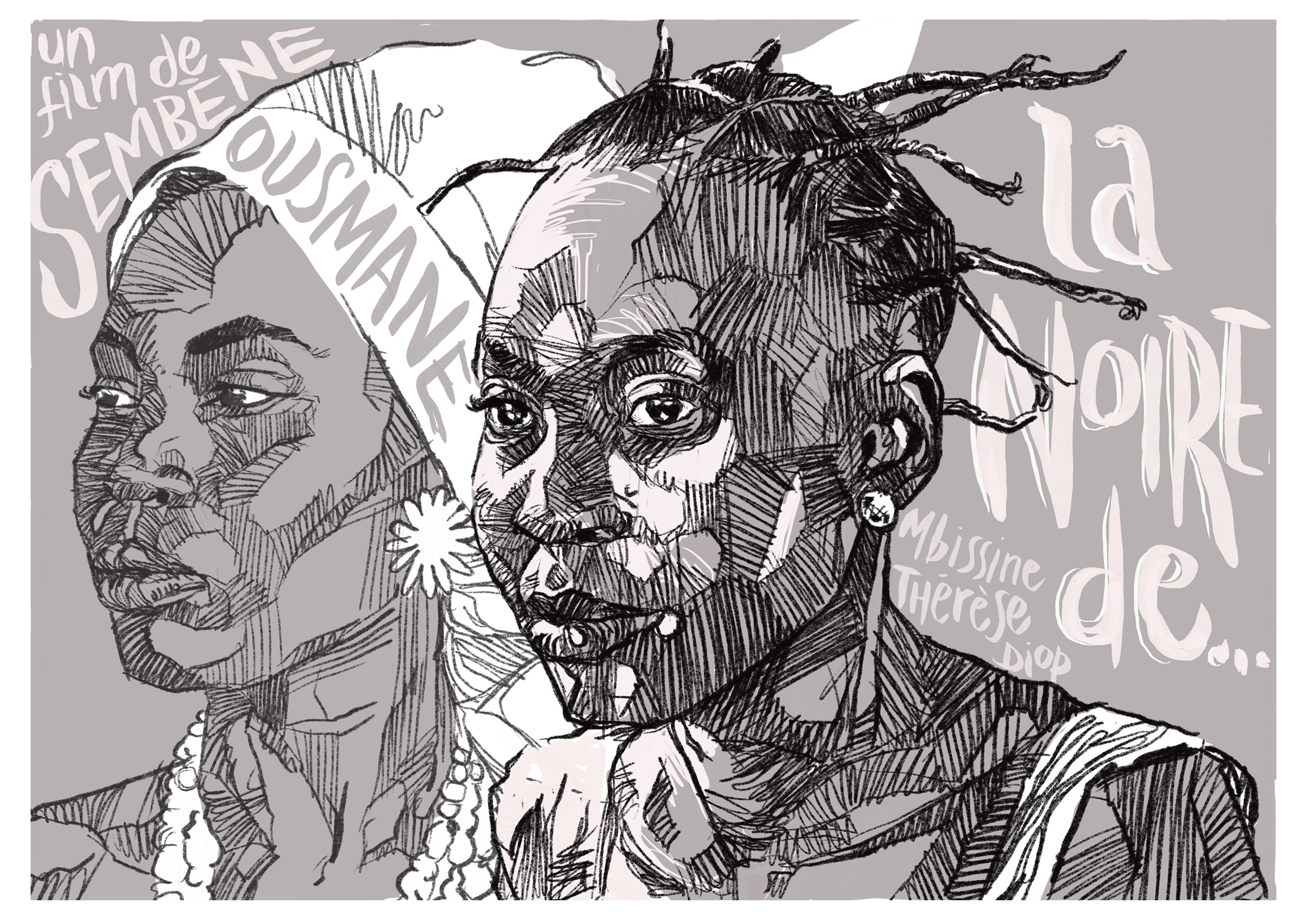 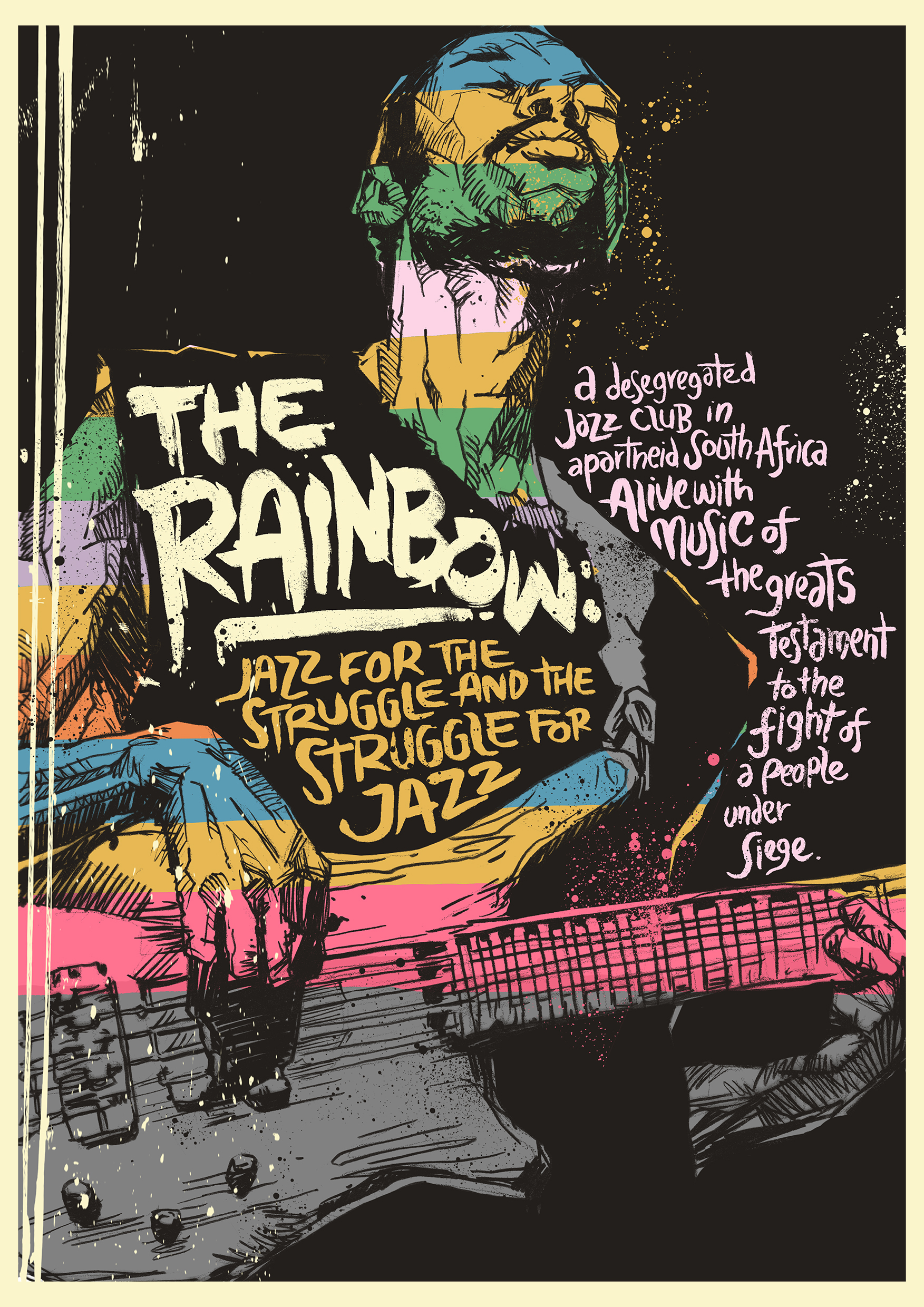 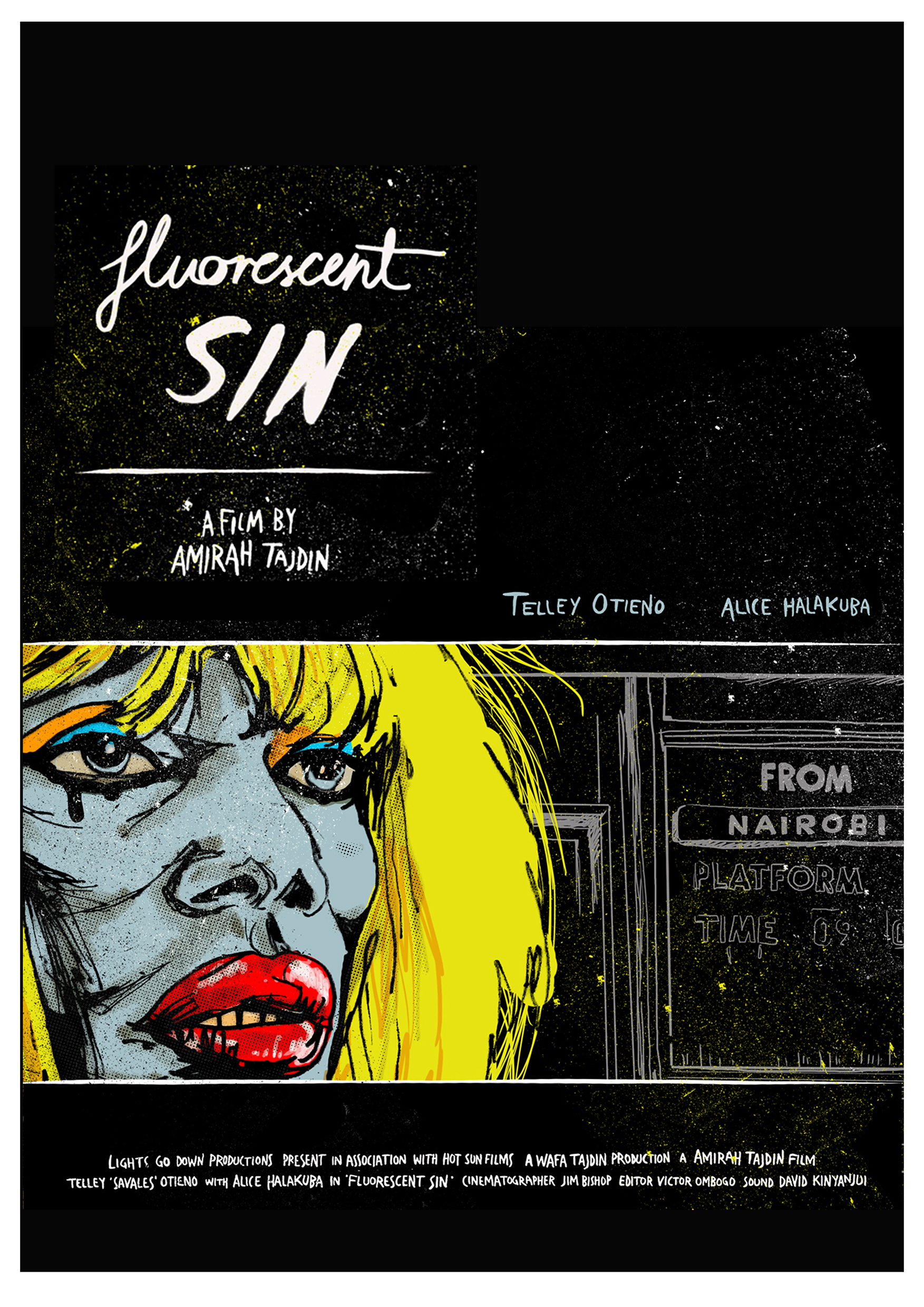 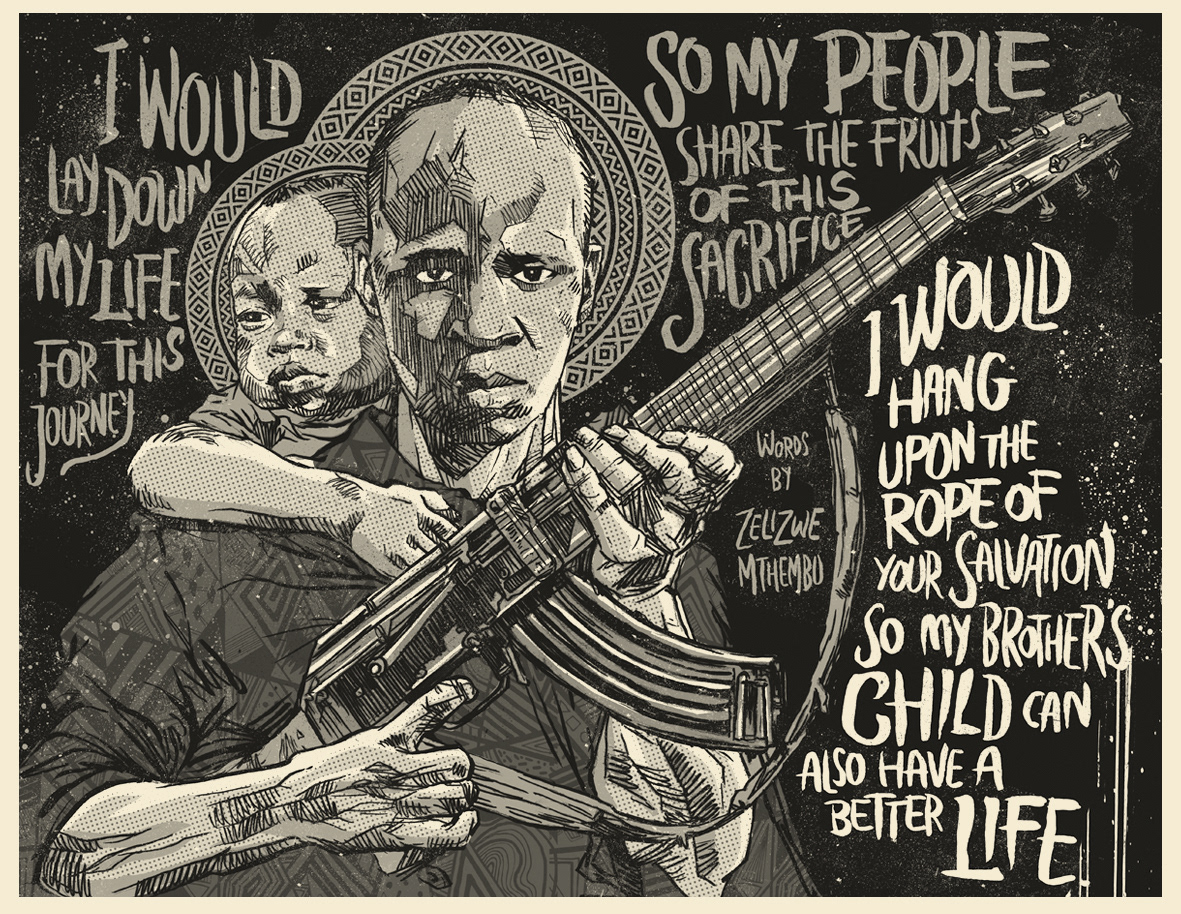 Sindiso Nyoni is a Bulawayo (Zimbabwe) born, self developed Graphic artist who has been described as a contemporary illustrator, activist, street-artist, and multi-disciplinary graphic designer. He obtained a BTech degree in Graphic Design from the University of Johannesburg and has worked as an illustrator and art director in the South African advertising sector.

Also known as R!OT, his work has been published locally; exhibited at International Biennial Poster Exhibitions and he has collaborated on projects which have won Cannes Lion awards. The Johannesburg based graphic artist, tackles some of Africa’s most pressing issues in the form of visual art. His work primarily consists of a pencil, ink, pastels, gauche, acrylic and digital media fusion, to create a subversive ‘street’ style. His work has been showcased locally as well as far afield as New York, London, Berlin, Madrid, Teneriffe, Zagreb, The Vitra Design Museum, The Guggenheim Bilbao Museum, and The Museum of Modern Art in Mexico City.

With a portfolio that comprises local and international brands, he is a member of the South African Mint Design Advisory Panel, the Loerie Awards Communication Design judging jury for 2017+ 2018, has been part of the Design Indaba mentorship programme, the Botswana based Ideas Expo judging jury for 2014, the African representative for Icograda’s 50th/World Communication Design Day showcase 2013, as well as an ISS (International Security Studies) Alumni from the African Centre for Peace & security Training in Addis Ababa (Ethiopia).

Citing the words of Dr MLK, “A riot,” King said, “is the language of the unheard.”
The link to social activism is what denotes my visual aesthetic (which is heavily influenced by protest poster art, stemming from liberation movements in Africa and the third world). By combining images and text to inspire people out of placidity the body of my work attempts to tackle some of Africa’s most pressing issues in the form of visual art. My culture and origins play a significant role in my overall work and activism. I often use protest and dissent to communicate messages via the use of art.  I feel that as creative practitioners we have a duty to contribute to our communities using art that addresses social issues, advocates awareness and change, which can ultimately open minds to act towards making a difference. Human beings are at the centre of my art & design and I am on an ongoing search to use my skills to make the human life experience better.